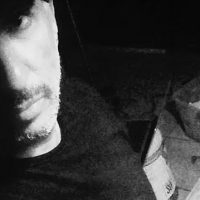 Hussein Al-Mohasen’s (1971) expressionist paintings are extraordinary colourful and where with Pollock you may end up with a vision of a late universe by night, with Mohasen you arrive closer to the big bang and on one of the very first days. Nevertheless, the artist realizes with full modesty the limits of his ability, when it is said that he paints to music, sometimes jazz, and that his real wish is to tell stories. Blue Stories, such was the name of an exhibition of his work in Al-Khobar in 2007. So he is a dancer of the ballet in which, as in the French cuisine and medieval warfare, one knows: the men jump higher than the women.

Al-Mohasen is from Qatif where he is a member of the arts society. He has had group and solo exhibitions around KSA since the late 1990s and has met with increasing popularity. His work may be found around the country in a number of galleries and the work looks consistent and growing. As is unusual in Saudi Arabia, he is said to be able to generate enough income from his art to be a fulltime artist breaking through old conventions of perception about the value of art.

The artist has a sound opinion on art history which is quoted by Arab News: “It’s good to study art history but I don’t believe that it’s right to let the past work of others hold me back from creating what is in my imagination.” It is essential though to study life and a little art history. 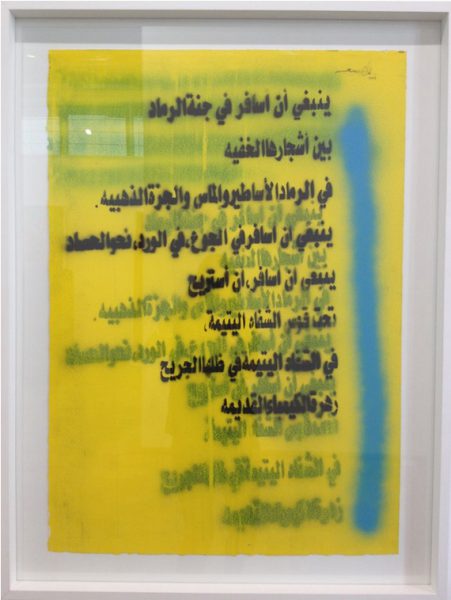