Known for the wide variety of techniques and materials used in her artwork, Howardena Pindell has created abstract paintings, collages, “video drawings,” and “process art.” Her work explores texture, color, structures, and the process of making art; it is often political, addressing the issues of racism, feminism, violence, slavery, and exploitation. She has exhibited her work almost constantly since the 1970s and has held fellowships and appointments at several major institutions, including the Museum of Modern Art and the Guggenheim Foundation. Pindell is primarily an abstract painter and her mature work has helped to redefine painting since the 1970s. Her work goes beyond paint on canvas to include three-dimensional objects and even mutilated canvases that she stitches roughly back together; she has also created mosaics and murals for public spaces. Pindell has won many awards, including the Women’s Caucus for Art award for Distinguished Contributions and Achievements in Arts. Besides being a practicing artist she has worked as an exhibition curator and, since 1979, a teacher at Stony Brook, State University of New York (SUNY). In 1984 she became professor of drawing and painting at Stony Brook.

Howardena Pindell was born in Philadelphia, Pennsylvania, the daughter of Howard and Mildred (Lewis) Douglas. She decided she wanted to be an artist at the age of 12 and was encouraged by her parents to study fine art at college. She attended Boston University, graduating with a BFA in 1965, followed by an MFA from Yale University in 1967. After graduating from Yale she became a curatorial assistant at the Museum of Modern Art (MOMA) in New York City and began to establish herself as an artist.

Pindell’s early works were mostly of urban scenes, but she soon began to produce abstracts and developed an interest in texture, form, and geometry. Several of her important works from the 1970s are produced on graph paper. She has been described variously as having links with “pointilism” (a form of painting where non-primary colors are created by placing dots of primary colors close together), “minimalism” (a style of art in which beauty is thought to exist in the materials themselves), and “process art” (where the process of producing the work is made clear in the work itself). Pindell’s pointilist background is evident in canvases from the 1970s on which she scattered colored clippings taken from a hole punch. In a review of a 1994 Pindell retrospective at the Kenkeleba and the Alternative Museum, New York City, David Bourdon wrote: “By 1974, Pindell developed a more three-dimensional and more personal form of pointillism, wielding a paper punch to cut out multitudes of confetti-like disks, which she dispersed with varying degrees of premeditation and randomness over the surfaces of her pictures.”

Pindell’s first important exhibition was at Spelman College, Atlanta, in 1972 and she has exhibited in almost every following year for over 30 years, either as a solo artist, or in a group exhibition. In the 1970s and 1980s she was often aware that she had been selected for exhibition as a token black among a group of other artists, and she spent a great deal of time researching and analyzing the status of black painters in the mainstream art world. In the 1990s she painted a series of “word” paintings, in which her body in silhouette is overlaid with words such as “slave trade,” while an earlier work about South Africa features a slashed canvas roughly stitched back together and the word “INTERROGATION” laid on top. In 1980 she made a video called Free White and 21, in which she appears in a blonde wig, dark glasses, and with a pale stocking over her head as a caricature of a white woman. 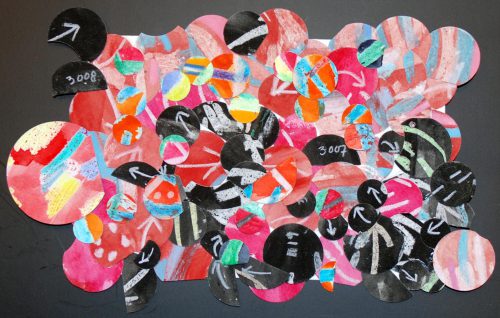 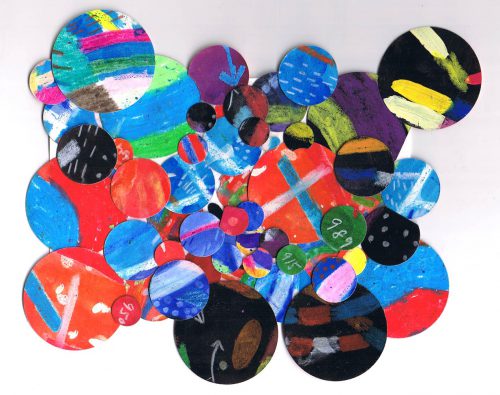