Hiroshi Senju, born in Tokyo, is a painter who expresses modernity with ancient painting techniques unique to Japan. He uses this dichotomy to illustrate the connections between Eastern and Western philosophical traditions. He combines pigments derived from natural materials such as minerals, seashells and coral in a medium of animal-hide glue, and then applies this paint to special hand-screened Japanese mulberry paper.

Senju completed a PhD in fine arts at Tokyo National University of Fine Arts and Music in 1987. He went on to have a number of solo shows and has participated in group exhibitions in Asia, Europe and the United States. He is the first Asian artist to receive an individual fine arts award at the Venice Biennale (1995) for his acclaimed Waterfall paintings. Other notable exhibitions include the Beauty Project at the Museum of Contemporary Art in London (1996), and a fourteen-city tour in Japan of his Waterfall paintings.

In 2011, Senju’s work was exhibited at the Hong Kong Arts Centre’s Vision of Nature, curated by the Mori Art Museum’s chief curator Fumio Nanjo. The recently opened Hiroshi Senju Museum in Karuizawa, Japan, designed by Ryue Nishizawa, recent recipient of the Pritzker Prize, is home to more than one hundred works by the artist. Singapore’s OUB Centre at the Raffles Place and the new International Terminal at Japan’s Haneda Airport each prominently feature a mural by Senju-the latter housing his largest mural to date, entitled Water Shrine. 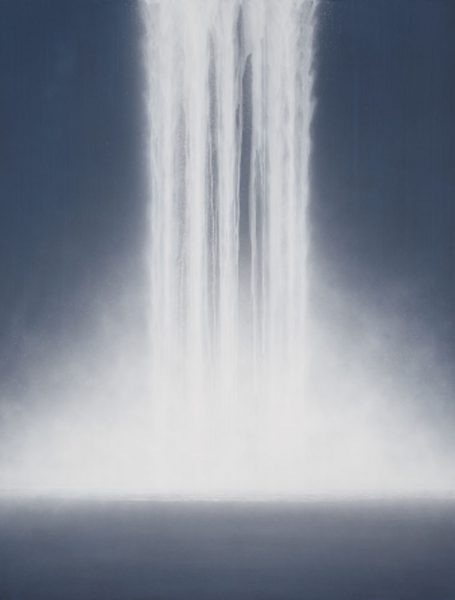