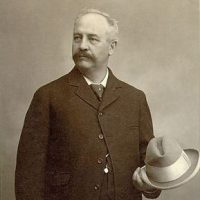 Henry Peter Bosse took nearly 300 photographs of scenes along the Upper Mississippi River between 1883 and 1892 while he was employed as a draftsman by the U.S. Army Corps of Engineers (Corps) at Rock Island, Illinois. The majority of the photographs were bound into albums to chronicle the river during a pivotal period of its history. A recent revival of interest in these photographs has led to belated recognition of Bosse as one of the foremost landscape photographers of the late nineteenth century.

Henry Peter Bosse was born on November 13, 1844, near Magdeburg, Prussia, on the estate of his distinguished grandfather, General Neihardt von Gneisenau. In his teens he received a formal education in art and engineering at the provincial capital of Magdeburg. About 1865, when Bosse was twentyone, he emigrated to America and traveled west. In 1874 he entered the service of the Corps as a draftsman at St. Paul, Minnesota. Four years later he was transferred to the Upper Mississippi Improvement project at Rock Island, Illinois. By 1883 Bosse had begun to compile a photographic record of site-specific and general works related to Corps improvements. Some were reproduced as single images, probably to be used by Bosse and his colleagues as records of work and aids to mapmaking and project specification writing.

Bosse’s photographs illustrate the development of a safe and effective transportation system as a crowning accomplishment of Upper Mississippi Improvement. Expounding on the significance of the Mississippi, Mark Twain called it the “Body of the Nation.” A little over a century has passed since Bosse compiled his best images showing the Corps’ achievements in transforming the Mississippi from a natural, dangerous, free-flowing river to a place where river piloting, to use Twain’s description, was “as safe and simple as driving a stage.”
US Army Corps of Engineers, St. Paul District 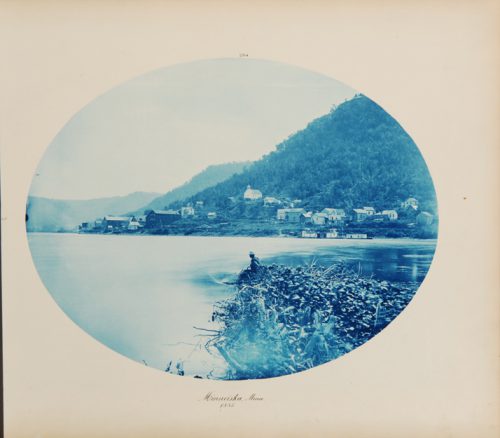 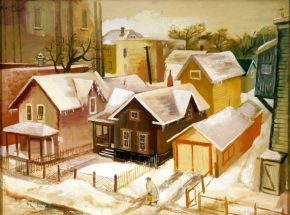