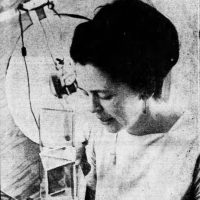 A graduate of Punahou School who earned a degree in art at Mills College in California, she began her art career here as Helen Gilbert, wife of Honolulu physician Dr. Fred Gilbert.

The signature on her art remained the same even after she legally hyphenated her name after her 1995 marriage to longtime companion and fellow artist and educator Kenneth W. Bushnell.

Her work, ranging from early palette-knife oil painting studies of Waikiki beachboys to state-of-the-art kinetic sculptures illumined by polarized light, can be seen in public buildings in Honolulu and in studios she and Bushnell maintained in New York City and Cave, France.

Her abstract works, which earned her membership in the American Abstract Artists Society, are in the collections of The Museum of Modern Art, The Whitney Museum of American Art, The Solomon Guggenheim Museum, The Metropolitan Museum and London’s Tate Gallery, as well as several museums in Europe.

Her second husband said she was known throughout her life for tremendous energy, curiosity and enthusiasm, which led her from traditional painting to cutting-edge technologies.

After returning to school to earn a master of fine arts degree from the University of Hawai’i at Manoa in 1968, Gilbert began a 30-year teaching career there.

She pioneered the use of polarized light in kinetic sculpture and established herself as a printmaker, primarily during summers in France, in more than 100 editions.

Throughout her career she helped organize the work of others, whether as the graduate and painting program chairs at the university, mounting shows, or in cooperative gallery partnerships with other Hawai’i artists.

Gilbert-Bushnell, who continued to paint until only a few months before her death, died at the family home April 8, 2002 after being diagnosed with cancer in 1999. 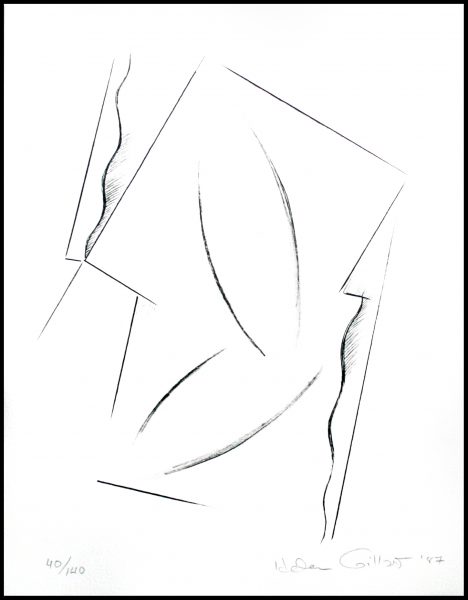