Hebru Brantley’s style derives from graffiti-worn buildings and sneaker-hung telephone poles honoring memories of local legends. Saturday morning cartoons and comic books celebrating the triumphs of mythological heroes inspired him to tell stories. Brushes and aerosol cans replaces his original medium, words and incantation. The paintings are a peak into his mind represented by codified synapses and coagulated liquid pigments.
Eyes wide open, Brantley watched the co-modification and debasement of ancient precepts as the commercialization of the sacred replaced magic and incantation. Brantley is a master visual technician with innumerable stories to tell.
Artist Biography
Growing up, black exploitation and science fiction depicted in cinema urged Brantley to express himself visually. Visual artists such as Romare Bearden, Keith Haring, Basquiat and Black Folk art also influenced his up-bringing. Toppled with an affinity for mythological comic heroes and Japanese anime, Brantley began infusing the two worlds in his work.
He earned his BA in Film in Atlanta and went on to design and illustrate for media production and clothing companies. His former work in graffiti art influenced the transition to canvas where he began to make a name for himself in the contemporary art scene of Atlanta. He now lives and works in Chicago.
http://hebrubrantley.com 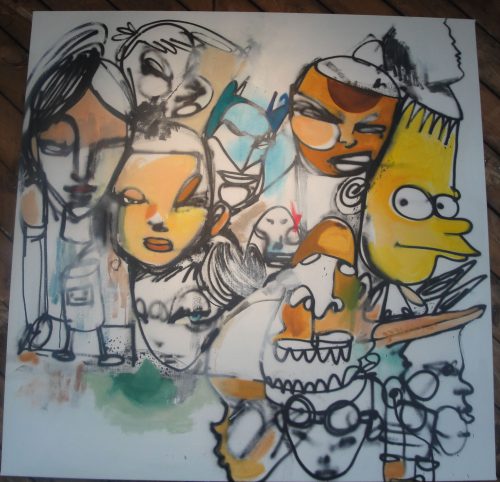 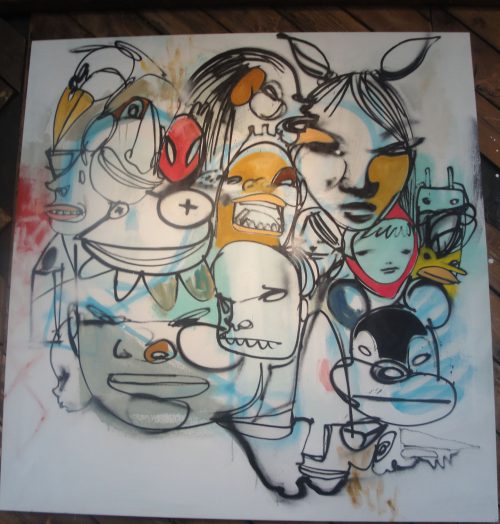