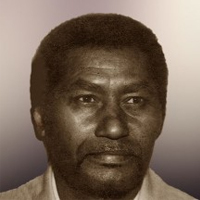 Known as one of the best of the Highwaymen painters, Harold Newton’s works are often stormy, but he had the ability to paint a variety of scenes and moods, portraying Florida’s scenic beauty with all its drama and subtleties. Much as the French Impressionists had done decades before, he sometimes depicted the same scene at varying times of the day, creating different temperaments by changing the light, color, and brushstrokes in his work.

Like his two brothers, Sam and Lemuel, the quality of his work was important to him; more attention was paid to the composition and quality of the paintings than many of the other Highwaymen. Still, he could produce paintings quickly when he had to. It wasn’t unusual for him to produce three or four works a day.

Harold Newton’s color sense was well versed and his emotional range was varied and well communicated. He looked at the world around him and envisioned how to construct a landscape scene that wasn’t readily visible to an ordinary observer. He showed Florida’s grand scenery in a new way. There is no doubt that he was one of the most accomplished and talented of the all the Highwaymen. 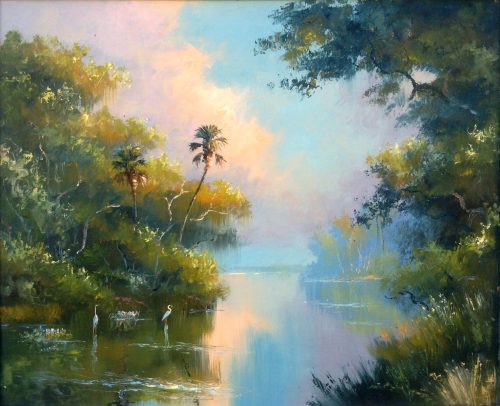