Amateur painter Gunnar Van Rosen went to sea at the age of fifteen. He was a master of U.S. Army transport ships in World Wars I and II, including the U.S. Hospital ship Wisteria. During World War II he commanded a ship carrying 500 tons of dynamite, and withstood several strafing and bombing attacks. In 947, as commander of the USAT Chas. A. Stafford, Van Rosen participated, with its crew, in the rescue of thirty-one Portuguese fishermen from the sinking schooner Maria Carlota in the north Atlantic. 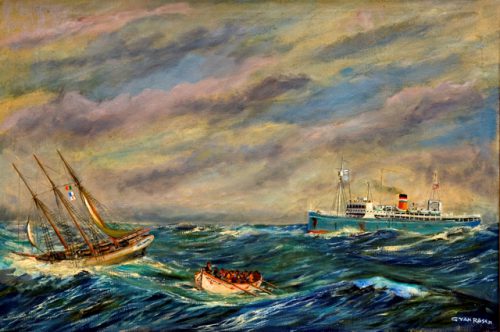