Gregory D. Steele was born in Morrison, a small western Illinois town, twelve miles from the Mississippi River. Already drawing in first grade, he took art classes in high school, and junior college. He became a professional artist at eighteen as a cartoonist, selling cartoons and political cartoons to newspapers in northwestern Illinois. From 1696 to 1981 he worked for advertising agencies and General Electric as an illustrator and designer.

In 1981 he became a freelance illustrator doing illustrations in various styles for companies such as John Deere, Nissan, Yamaha, BMW, Proctor and Gamble, Miller, etc. In 1992 he began dropping commercial clients, and since 1994 he has been painting full time working only in oil.

Steele’s paintings are a mystical blend of light and shadow, impressionism and realism composed to draw the viewer into the painting. He often adds a surprise, a not at first noticed animal or an object left behind. Over the years, he has had successful shows in Chicago, Illinois, New York City, Palm Beach, Florida, and Des Moines, Iowa. His paintings are in many private as well as public collections worldwide. 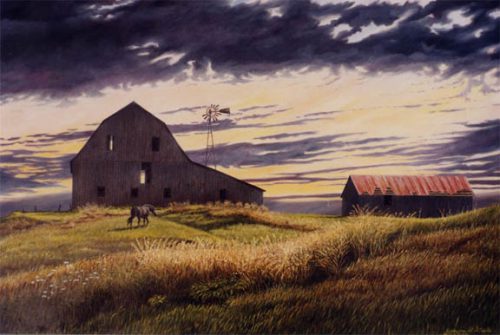 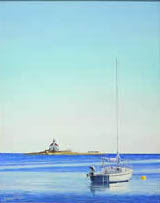