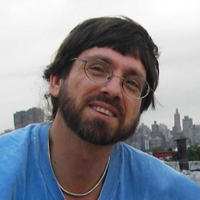 Brooklyn-based Gregory William Frux is a realist painter who finds inspiration in both urban landscapes and wilderness vistas. His cityscapes document and celebrate the life of his city, finding beauty in unexpected places– industrial sites, bridges, vacant lots, the harbor, night scenes and buildings that have seen better days. Starting while in high school Mr. Frux took advantage of art classes at the Brooklyn Museum of Art; he followed this with a BA in Architecture at City College. He continued his artistic studies at the Art Students League and then completed a Masters of Fine Arts at Brooklyn College. In the years that followed, while employed by the Department of Education as first an architect, then as curator of a collection of over 1400 works of art, he continued painting, honing his skills and deepening his craft. In 2005 he launched his full time artistic career.

Informed and inspired by his mountaineering and back country travel, Mr. Frux’s landscape locations are diverse both in location and climate: Northeastern United States’ forest and crag of the Rocky Mountains, the deserts of California, Alaska, Yukon, and the Bolivian Andes. His service at art residences in four National Parks Service units– Weir Farm National Historic Site in Wilton, Connecticut; Glacier National Park in Montana; Joshua Tree National Park and Death Valley National Parks in California, have created a varied body of work that has melded his passions and inspired new works for years.
He has worked as an artist aboard ships in Polar Regions north and south-Arctic Norway, in winter, and Antarctica.

In the year 2000, Mr. Frux traveled to Uzbekistan and Kyrgyzstan, where he was one of the first two Americans to show work at the Kyrgyz National Museum of Art. His paintings have been exhibited at Lincoln Center, the Cordova Historical Museum, the Coney Island Museum, the Salmagundi Club, Long Island University, Brooklyn College, the Greenwich Arts Council, the offices of HBO and the United States Embassies in Ethiopia and Madagascar. His portrait of author Samuel Delany is on permanent display at New York University. His work is in the collections of the Library of Congress, the Metropolitan Transportation Authority, The NYC Board of Education and the National Park Service. The Library of Congress, Metropolitan Transportation Authority, NYC Department of Education and National Park Service own his work. 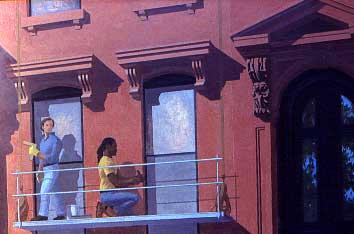 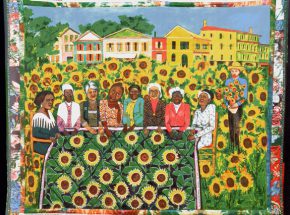