Greg Ludlum was born in Glendale, California and grew up in an artistic family, but it was not until the 70’s that he devoted much of his time to darkrooms and the potter’s wheel. Also during this period, he was employed by a framing studio in southern California. This allowed him to hone his framing skills while rubbing elbows with great artists and the owners of priceless art – a great influence to a budding artist.

In 1974 Greg moved to Nevada County and in 1979 opened a sign shop, that he and his wife still operate today. His artistic outlet has been the design of signs and graphics, but finds his imagination unbridled through his sculptures and fine art creations.

His interests are in two areas, one is the bright abstract washes Greg describes as “Splatter Art” and the other is the sand and hand carving of wood and slate. He has chosen natural slate as his preferred medium because of the pre-historic connection to the creation of this beautiful layered palate.

Slate is formed when sediments containing clay and silt, laid down in horizontal beds, formed shale over several hundred million years. Shearing forces caused the shale to mix with many minerals under enormous heat and pressure. The result is Slate deposits that can be up to a half mile thick. The presence of trace minerals and oxides determine the color of the piece, and occasional traces of ancient plant and fossil remnants provide for a uniqueness found in no other medium. Look for these subtle features in Greg’s sand carved works.

Communication from the artist, 2006 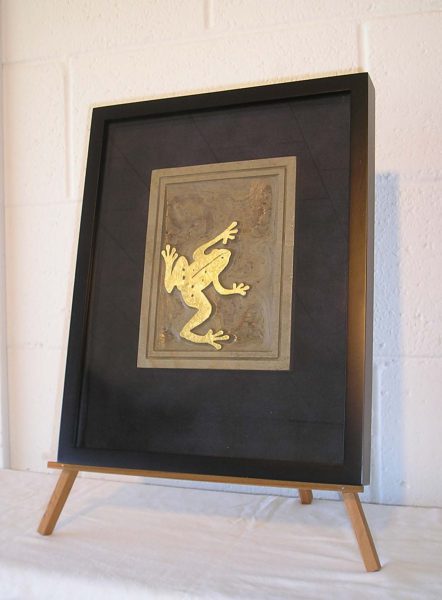 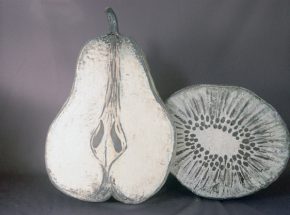