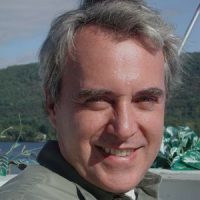 I began exhibiting my paintings professionally in 1983 on moving to New York after receiving my MFA and BFA at the University of Illinois in Champaign /Urbana.

My paintings were included in the first On View at the New Museum of Contemporary Art in 1983 curated by Marcia Tucker. This exhibition included images of home builders and handyman projects alluding to self construction. From the fall of 1980 to 1981 I lived in Japan as a foreign student through the Japan Studies Program at the University of Illinois with a supporting fellowship from the Mary C. McLellan Foundation. In the years 1984, 1985 and 1986 I had one person exhibitions at the R.C. Erpf Gallery in New York, NY and was included in a variety of group exhibitions. My interests shifted from constructed space to a unified pictorial space.

While thinking about painting as metaphor, through allegorical figures constructed of objects to objects as symbols, I visited Europe for the first time in 1984. Works from this period were included in solo and group exhibitions through the 80’s at The Carnegie Museum of Art, Pittsburgh, PA, the New Museum of Contemporary Art, New York, NY, the Robeson Center Gallery, Newark, NJ, the Jack Tilton Gallery, New York, NY, and the John Berggruen Gallery, San Francisco, CA. for example.

In my Baggage Paintings, stand alone trunks, suit cases and handbags were replacements for the figure as places to contain identity. They ultimately raised ideas of the luxury of travel and mixed them with the anxiety of homelessness. The Baggage Paintings were first exhibited at Shea & Becker Gallery, New York, NY and Center for Contemporary Art, Chicago, IL in 1990 and a variety of group shows including Artist Space, New York, NY 1990, Knoxville Museum of Art, Knoxville, TN 1991, and The Flint Institute of the Arts, Flint, MI 1993. As I began to paint images of open suitcases, the luxe upholstered interior as opposed to the scared and scuffed exterior attracted me into a 15 year cycle of paintings of interiors. Packing and unpacking of the suitcase is the operative interest in my Cave Paintings.

I received a New York Foundation for the Arts Fellowship in 1991 and a National Endowment for the Arts Fellowship in 1993. These Grants helped me form this body of work. The first exhibition of the Cave Paintings was sponsored by The Queens Museum of Art, Queens, NY in 1994 at the Bullova Center curated by Christina Yang with a catalog including essays by Christina Yang, Robert Edelman and Deborah Drier. I continued to exhibit this work with one person shows in Boston, Chicago, Seattle and New York through this year 2004.

Being “in pattern” rather than “out of pattern” informed the Tattoo Parlors. Playing off the effect the imprint of a place leaves on its occupant I began to invent wall paper patterns. At the Djerassi Foundation, Woodside, CA in 1996, with my Residency Fellowship, funded by the Helen Bing Foundation I was able to a fully install this work for the first time. I painted patterns on the walls of my studio and installed my paintings in this patterned environment. In 1997 my first public installation of this idea was included at P.S. 122, New York, NY, in a group show curated by Sue Canning titled Get Busy.

Tattoo Parlor, installed at California State College at Fullerton in June of 2005 where I was in residence as a visiting artist gave me an opportunity for my first solo public installation of an entire gallery with pattern painted walls and installed paintings. The Jesus Wallpaper paintings began through my search for widely familiar iconography with which to create the patterns. The exhibition is accompanied by a catalog.

From the late 90’s to the present I have been exhibiting in galleries around the country in addition to teaching painting as a Lecturer at Princeton University, Pratt Institute of the Arts and Montclair State University. The most significant recent exhibitions were my two most recent gallery shows in New York. At Generous Miracles Gallery, New York, NY in 2000 a show titled Shelter offered an overview of the previous 10 years in addition to current work from that year. At the Van Brunt Gallery, New York, NY, 2004 with a show titled Claustophilia.

In 2000 my essay, Painting into a Corner : Representation as Shelter, was published in a collection of writing on the effects the work of Christopher Bollas a psychologist living in London has had on my work. The publication, The Vitality of Objects: Exploring the Work of Christopher Bollas, was edited by Joseph Scalia and published by Continuum Press in London and Wesleyan University Press in the U.S.

My central concern continues to evolve through paintings of interiors as places, paintings as sites in which to view subjectivities’ construction and the fugitive and comedic nature of existence. 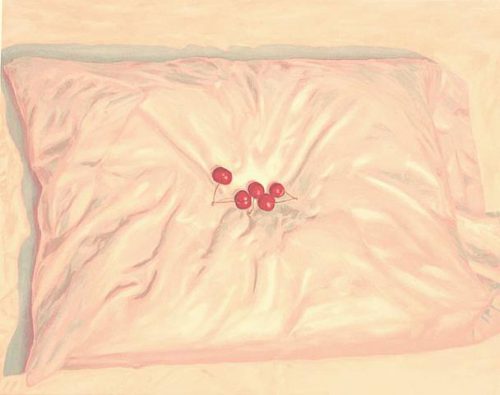 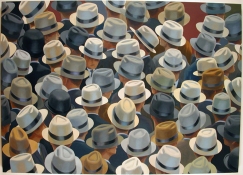