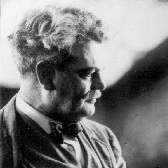 Granville Redmond contracted scarlet fever at the age of two and a half, an illness which left him permanently deaf. In 1874, his family moved to California, and in 1879 Redmond enrolled in what was then called the Institution for the Deaf, Dumb, and Blind at Berekely (now called the California School for the Deaf, in Fremont). His artistic talents were recognized and encouraged by the hearing-impaired photographer and teacher Theophilus Hope d’Estrella (1851-1929), who taught him drawing and pantomime. He also received sculpture lessons from the hearing-impaired sculptor Douglas Tilden (1860 – 1935).

After graduation in 1890, Redmond enrolled in the California School of Design. In 1893, with a stipend from the Institution for the Deaf, he went to Paris where he enrolled in the Académie Julian. After five years in France, he returned to California and opened a studio in Los Angeles. For the next several years he painted throughout the Los Angeles area. He visited and painted in Northern California in 1902 and 1905.

In 1908 he relocated to Parkfield on the Monterey Peninsula. He moved to San Mateo in 1910 and had a studio in Menlo Park. In 1917 he traveled to Los Angeles with Gottardo Piazzoni with the intent of auditioning for the movies. He felt that his natural skills as a pantomimist would make him an ideal actor, as all movies at the time were silent. He met Charlie Chaplin, who cast him in a small role in A Dog’s Life. Chaplin became a close friend and gave Redmond space on his movie lot to set up a painting studio. In turn, Redmond taught Chaplin sign language. Between 1918 and 1929, Redmond had minor roles in seven Chaplin movies and painted throughout Southern California.

Redmond was one of California’s leading landscape painters. Hampered by long periods of recurring depression, he preferred to paint in a moody, introspective style, characterized by the use of dark tones of brown, gold and olive-green, but his patrons favored cheerful painting of rolling hills covered with golden poppies and other wildflowers. He was a member of the Bohemian Club, the San Francisco Art Association, the California Art Club, and the Laguna Beach Art Association. His awards included the W.E. Brown Gold Medal, California School of Design, 1891; Medal, Louisiana Purchase Exposition, St. Louis, Missouri, 1904; and Silver Medal, Alaska-Yukon-Pacific Exposition, Seattle, Washington, 1909. 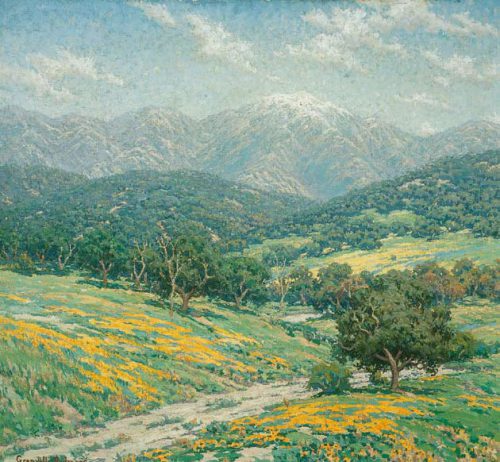