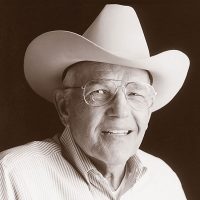 Whenever a few members of the Cowboy Artists of America get together, someone will invariably try to toss a lariat around a bale of hay. Conversation often then turns to “cowboying,” stories of breaking horses, moving cattle, and mending fences; the very stuff of American Western art. Grant Speed is always in the group, because in spite of having been an artist for forty years, at heart he is and will always be a cowboy. Speed was born in San Antonio, Texas, and spent many of his formative years working as a cowboy.

The CAA held its first exhibition in 1966 at the National Cowboy Hall of Fame, which is now known as the National Cowboy and Western Heritage Museum in Oklahoma City, Oklahoma. Speed was among the artists to show in that inaugural exhibition and in many ways embodied the very essence of the new organization’s purpose and philosophy; the support of “cowboy artists.” In the years since that first show, Grant has received countless awards and honors for his work.

After a stint in the Air Force, three years of missionary service, and graduation from Brigham Young University’s program in animal science, Speed settled down to raise a family and teach school. After two years, he knew he was in the wrong job. “I really wanted to be the world’s best cowboy,” he says. “Yet every time I got a chance to be around any kind of Western art, I couldn’t stop reading about it, looking at it, and studying it.” He decided that “I was going to give art everything I had in me.” Speed honed his artistic talents at night, on weekends, and whenever he could steal time away from his day job. He learned the process of bronze casting from the ground up because there were no foundries close by. Speed worked diligently in his pursuit of a career in art.

Speed’s work captures the essence of the modern working cowboy with a style that he characterizes as “loose realism.” His work is full of passion and enthusiasm for his subjects, the medium, and the process; although he readily admits that “sometimes I’d really rather be cowboying!” 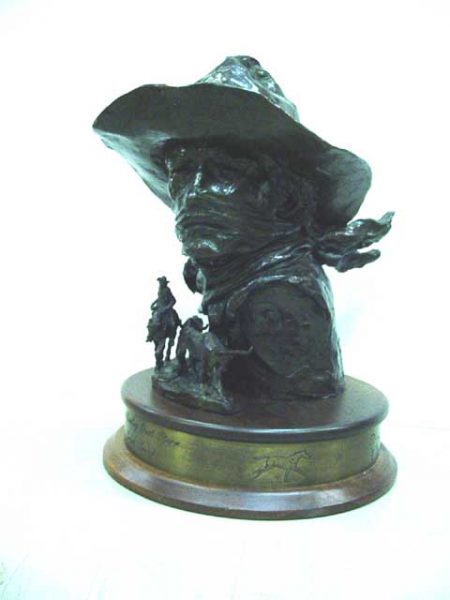