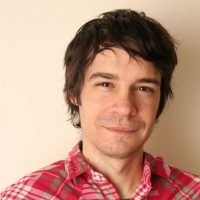 Graham Caldwell was born in Philadelphia, PA in 1973. He grew up in Washington DC and received a BFA in Glass from the Rhode Island School of Design in 1998.

In the following excerpt he describes some of the recurring subjects of his artistic practice and his ongoing interest in the use of glass: “I use glass as a medium because it is historically and intrinsically associated with the act of looking, from the early lenses that allowed glimpses into the microscopic world, to the eyeglasses, ubiquitous windows, and mirrors inside telescopes that allow humankind to peer into space. Much of my work focuses on glass as a conduit or modulating agent for sight. A clear glass lens on a windowsill is not merely a transparent skin, but actually produces a kind of upside down, miniaturized, three dimensional version of the blue sky and horizon beyond, and brings the outside landscape inside. Here is a parallel with the way the eye actually functions, using a lens that flips the world upside down and then brings the outside into the brain where it is reassembled.

“The largest part of the eye is called the vitreous humor. Vitreous means having the attributes of glass. In my work the opposite is also often true; that glass has attributes of the body and the organic. Much of my work is based on imperfect, interconnected organic systems that take the form of bone, plant tendrils or blood vessels being gently pulled on by gravity. Using glass to produce these systems with a grotesque or disturbing undercurrent introduces the push and pull of an inherently beautiful medium and dark subject matter. ”

He lives and works in Brooklyn, New York. 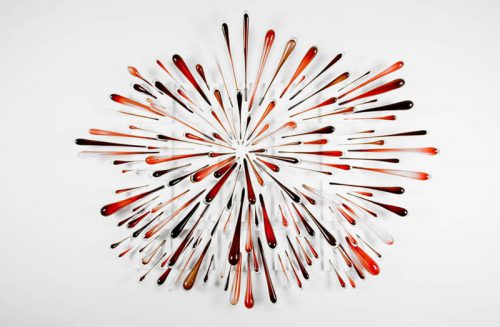 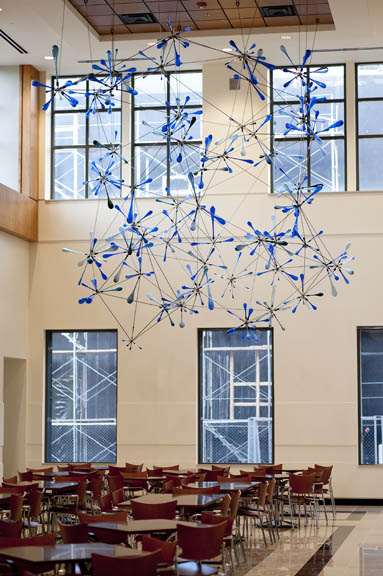 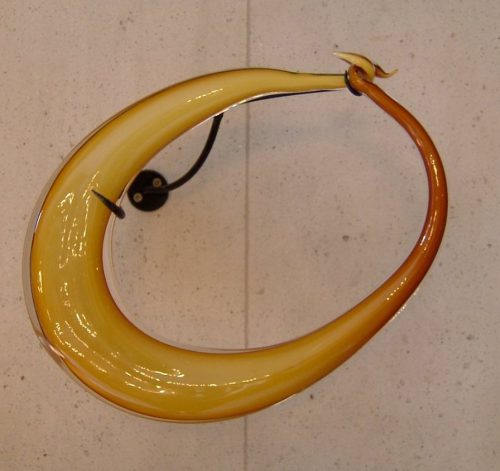 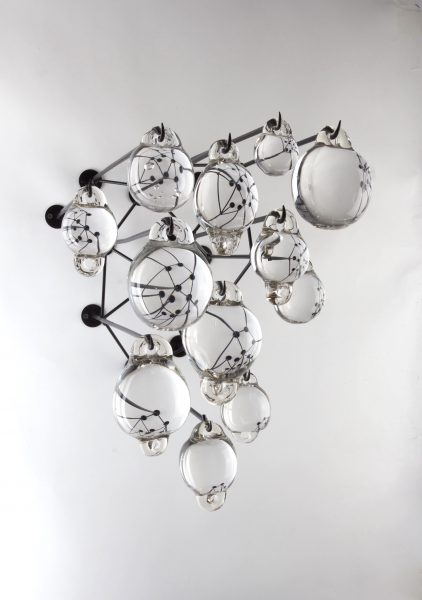 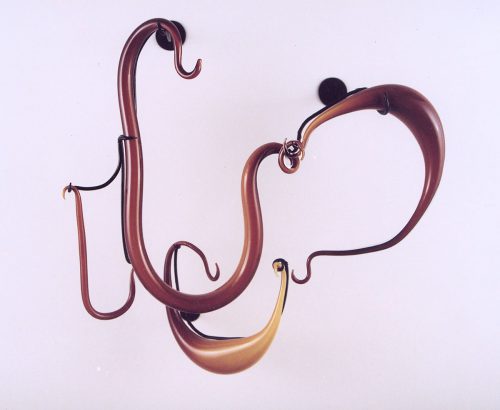