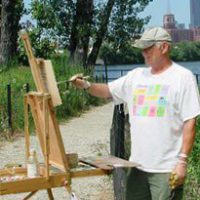 Gordon began painting full time in 2000 after retiring from the advertising business in Chicago. He graduated from The School Of The Art Institute Of Chicago, then began a forty year career in advertising from studio artist to ad agency creative director.

He resumed painting in 1994 after attending evening watercolor classes at The Art Institute. Since then, he has had successful one-man gallery exhibits and art shows in the midwest and east coast. His watercolors have won several show and gallery merit awards and ribbons including Best Of Show and First Prize. Commissions include a Street Art Series painting for the introduction of the Chevrolet SSR. He frequently does painting demonstrations and critiques for art organizations and schools and has been a featured artist on WGN-TV, WMAQ-TV, in the ChicagoTribune and area suburban newspapers.

France’s favorite subjects are sports, cityscapes and urban life.”My interest is in painting an activity that gets the viewer involved both visually and emotionally. I prefer to suggest passages rather than paint details and let the viewer’s eye do the work. I try to avoid the usual landmarks unless they define the location or are critical to the composition. If the painting strikes a familiar chord or has some personal significance to the viewer then the painting is emotionally succesful.” Gordon has a lifelong interest in sports that shows up in many of his paintings. He remains an active hockey player, competing in senior leagues and tournaments.

The Frances regularly attend painting workshops in the US and Europe and both teach painting classes at the La Grange Art League.

He and his wife Jacqueline are residents of La Grange, Illinois. They have two grown children and four grandchildren.
www.gordonfrance.net 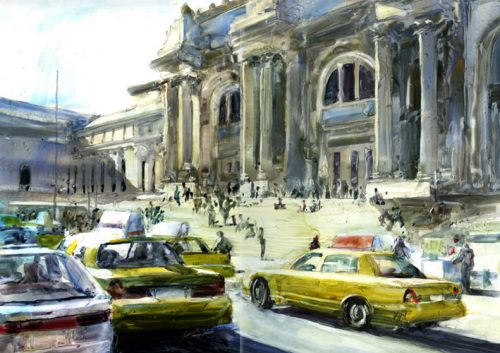 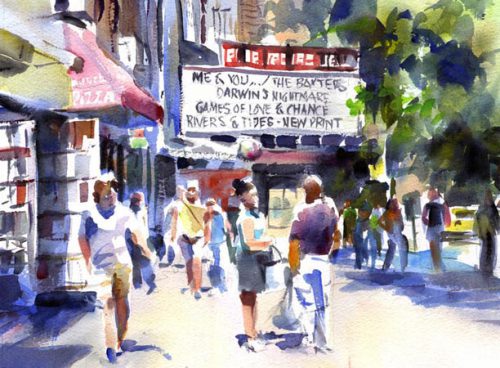