A painter of landscapes, portraits, and genre pictures, Gladys Nelson Smith was raised on a farm near Chelsea, Kansas. In 1912 she enrolled at the University of Kansas in Lawrence, where she majored in fine arts. The faculty, headed by William A. Griffith, had an Impressionist orientation. Smith’s adoption of the Impressionists’ bright palette and broad brushwork can be seen in her early landscapes and portraits. Following her graduation in 1918, Smith studied at the Art Students League in New York. Realist painter John Sloan’s work seems to have had an influence on her development.

In 1923 Smith studied briefly at the Chicago Art Institute, Illinois. From 1924 until 1930, Smith and her husband lived in Washington, D.C., where she further honed
her skills at the Corcoran School of Art. Smith considered portraits her forte, and “gained a reputation for [genre] portraits of children, which, although difficult, she found the most enjoyable to create.A child is such [that] I can put the best of myself in the painting,” she once told a dealer. A work entitled Boy won the popular prize at the forty-eighth Anniversary Exhibition of the Society of Washington Artists in 1939. Smith also exhibited regularly at the Corcoran Gallery of Art, where she had a one-woman show in 1984-85. 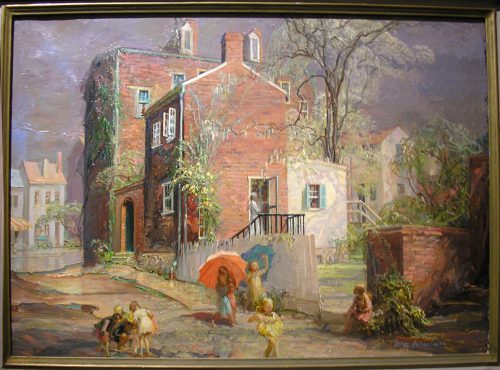 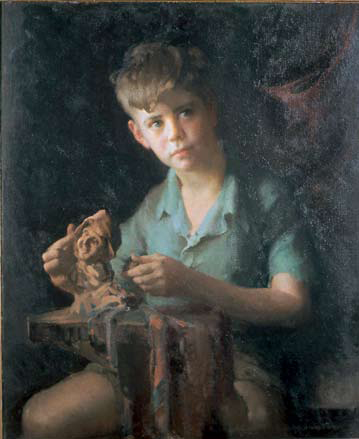