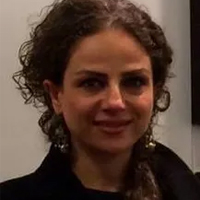 Ghadeer was born in Libya and completed her High School studies in Saudi Arabia before returning to live and study in Amman. She completed her Bachelor of Architecture degree at Petra University ranking top of class of 1996, in the first graduate class of the school of architecture and design course. She practiced architecture and design in Amman. Her foray into the art world began with her capturing the flavors of her destinations through her camera’s lens during her travels. Over the years, she has developed a unique style through which she incorporates her own photographs with historical and global images through a giclée printing process. Her first exhibition was in 2009. Her first solo exhibition, “Memories of War and Love”, took place in 2010, her second in 2013, and she had a solo exhibition at the Beirut Art Fair 2016. She has been in several group exhibitions and her work is in many private collections including the Barjeel Foundation. Ghadeer says her themes mix anguish, loneliness, hope and all the complex emotions tangled in that space between war and love. Her digital collages evoke a sense of time and place and capture moments with the eye of an investigative reporter and an artist. 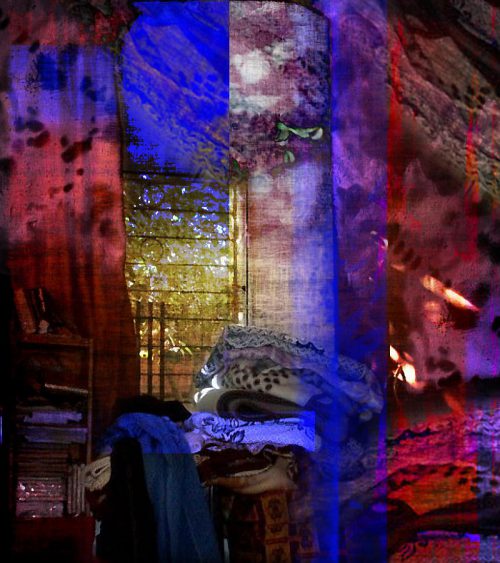 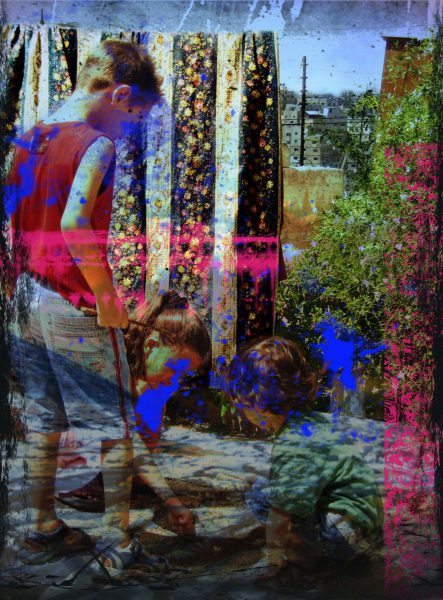 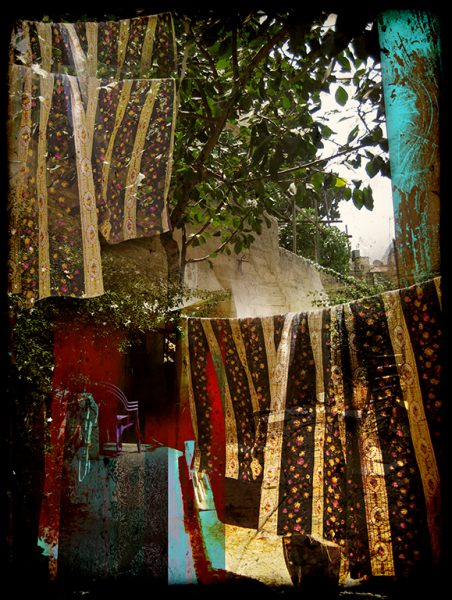