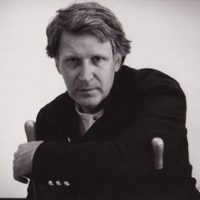 “My paintings are all about light. I look for the decisive instant when the drama inherent in quiet moments can be glimpsed.”

Akers is one of America’s foremost contemporary realists, with a specialty in landscapes. Painting in watercolor, dry brush and egg tempera, he is considered to be a master of light and shadow in his exciting compositions. His works are praised both for their beauty and for their richness of detail, and are the subject of two books, Kentucky: Land of Beauty, 1999, and Memories of Maine, 2003.

Recently, one of Akers’ images appeared on 60 MINUTES II, and his work was featured on “Kentucky Life” — KET’s Emmy Award-winning weekly TV series celebrating the fascinating people and places of the Commonwealth. His paintings have been exhibited widely, including the Speed Art Museum, the Ogunquit Museum, the National Academy of Design, and the Artists of America Exhibition. The recipient of Kentucky Watercolor Society’s top award, he is a member of both the American Watercolor Society and the Kentucky Watercolor Society. He also received a Greenshields Foundation grant from Montreal, Canada, to further his egg tempera work.

Akers spends winter months painting in his restored 19th century log cabin studio in Union, Kentucky. Summers are spent in Maine, where he paints the rugged coast. In 1995, they purchased the charming Georges River Road School, also known as The Green Schoolhouse, which serves as a studio and gallery during the first weekend in August. 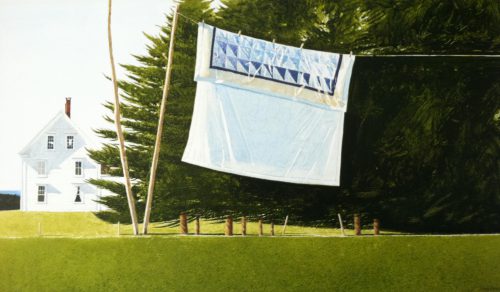 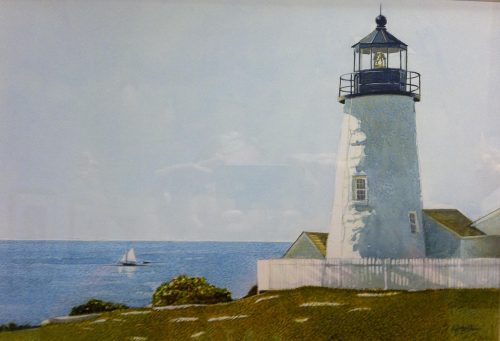 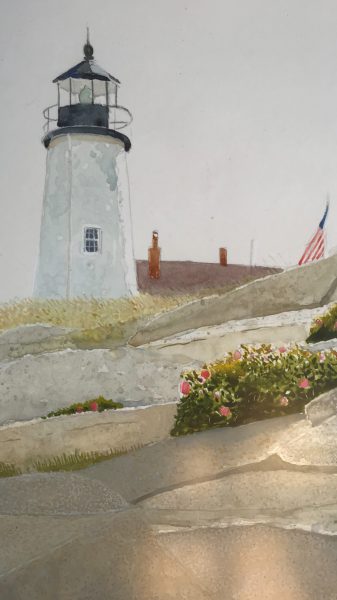 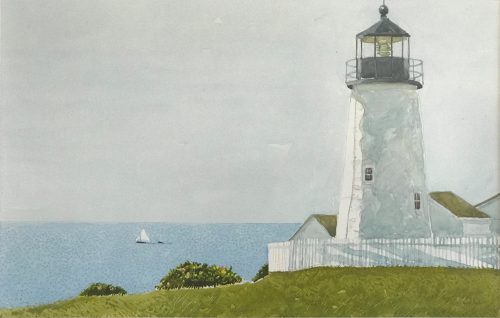 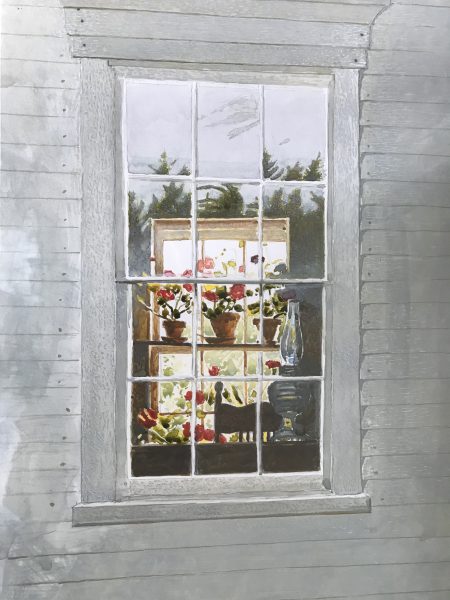 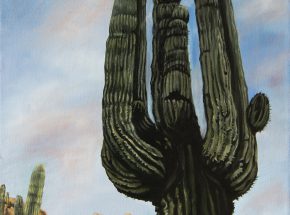 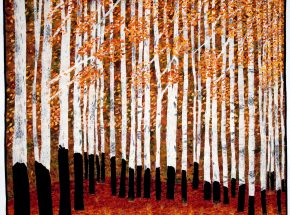