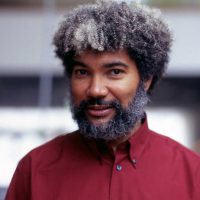 Fred Wilson, winner of a MacArthur Grant in 1999, is one of America’s most respected contemporary artists. His work covers a range of materials and subjects, but it is for his so-called “trompe l’oeil curating,” in which he assembles objects and suggests new meanings by changing their context, that he is most celebrated. In so doing, Wilson enables viewers to make connections and see what is invisible in typical museum displays.

Wilson has also made his mark as a sculptor. His blown glass Cadence is an example of his breadth as an artist, as well as his power to imbue simple forms with great potency. “When I watch glass-blowing it’s like the creation of a planet or something. You get seduced by the material, by the process. And then you almost don’t care what it looks like afterwards,” Wilson says. “Glass is always a liquid. It never completely solidifies; even though it looks like it’s solid, it actually is still moving. And so, making it into these strip forms makes inherent sense for the material. And I wanted to use black glass because it represents ink, it represents oil, it represents tar. Some of them have . . . cartoon eyes, because of 1930s cartoons, which were recycled in my childhood in the sixties were representing African Americans in a very derogatory way. I sort of view them as black tears, so that to me is ultimately a sad commentary.” 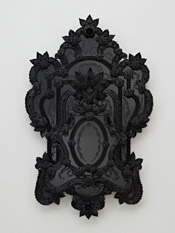 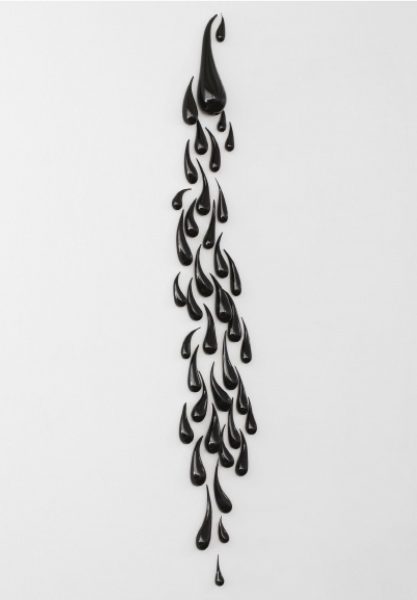