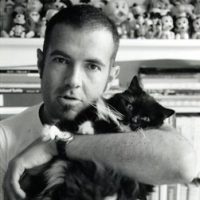 Felix Gonzalez-Torres (November 26, 1957-January 9, 1996) was an American, Cuban-born visual artist.Gonzalez-Torres grew up in Cuba, and lived in Puerto Rico before moving to New York City in 1979.Gonzalez-Torres had a one-man exhibition of his early text pieces in 1988 at the Rastovski Gallery (560 Broadway) in Soho. In the same year, he also had solo exhibitions at the New Museum of Contemporary Art and INTAR Gallery in New York.His work was the focus of several major museum solo exhibitions in his lifetime and after his death. Retrospectives of his work have been organized by the Solomon R. Guggenheim Museum in New York (1995), the Sprengel Museum in Hannover, Germany (1997), the Serpentine Gallery in London (2000), the FLAG Art Foundation in New York (2009) and WIELS, Fondation Beyeler and the Museum für Moderne Kunst Frankfurt in 2010-2011.Gonzalez-Torres was known for his quiet, minimal installations and sculptures. Using materials such as strings of lightbulbs, clocks, stacks of paper, or packaged hard candies, Felix Gonzalez-Torres’s work is sometimes considered a reflection of his experience with AIDS. He was also considered within his time to be a process artist due to the nature of his ‘removable’ installations by which the process is a key feature to the installation. Many of Gonzalez-Torres’s installations invite the viewer to take a piece of the work with them: a series of works allow viewers to take packaged candies from a pile in the corner of an exhibition space, while another series consists of stacks of endless copies of printed sheets of paper, also free for the viewer to take. These installations may be replenished by the exhibitor as they diminish. The most pervasive reading of Gonzalez-Torres’s work takes the processes his works undergo (lightbulbs expiring, piles of candies dispersing, etc.) as metaphor for the process of dying. However, many have seen the works also representing the continuation of life with the possibility of regeneration (replacing bulbs, replenishing stacks or candies). Other readings include the issue of Public versus Private, Identity, and participation in contemporary art. One of his most recognizable works, “Untitled”, 1991, was a billboard installed in twenty-four locations throughout New York City of a monochrome photograph of an unoccupied bed, made after the death of his lover, Ross, to AIDS.In one interview, he said “When people ask me, ‘Who is your public?’ I say honestly, without skipping a beat, ‘Ross.’ The public was Ross. The rest of the people just come to the work.”Gonzalez-Torres died in 1996 due to AIDS related complications. In May 2002, the Felix Gonzalez-Torres Foundation was created. In addition to serving as the official Estate of Felix Gonzalez-Torres, the Foundation hopes to “to foster an appreciation for the work of Felix Gonzalez-Torres among the general public, scholars, and art historians.” The U.S. representative for the Felix Gonzalez-Torres Foundation is the Andrea Rosen Gallery, which heavily exhibited his work both before and after his death.In 2007, he was selected as the United States’ official representative at the Venice Biennale. (The only other posthumous representative from the United States was Robert Smithson in 1982.) His work continues to be exhibited internationally at galleries and museums such as Wiels in Brussels, Museo Universitario Arte Contemporáneo in Mexico City, Middlesbrough Institute of Modern Art in Middlesbrough, UK as well as in the United States at the Museum of Modern Art in New York, The Whitney Museum of American Art and National Portrait Gallery at the Smithsonian Institution in Washington, DC. In 2010, ArtPace in San Antonio organized a year-long retrospective of Felix Gonzalez-Torres’s billboards. 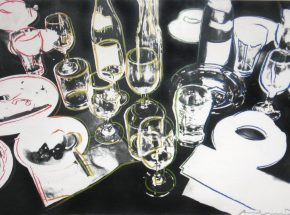