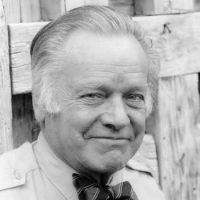 Eric Sloane was born Everard Jean Hinrichs in New York. Early on, he took up an interest in art, learning to hand paint letters and signs from his neighbor and noted font inventor, Gaudy (Gaudy Type). After a falling out with his family, Sloane ran away at age fourteen to become an itinerant sign painter. He worked his way across America, painting signs on barns, buildings, and stores.

In the 1930’s Sloane started painting clouds and the sky, themes that would be central to his work for the rest of his life. Some of his first clients included aviation pioneers who flew from Roosevelt Field, Long Island, many of whom insisted that he paint the identifying marking on their planes. Among his early clients was Amelia Erhardt, who bought his first cloud painting. Said to be the finest cloud painter of his generation, Sloane’s largest cloud painting graces an entire wall of the Smithsonian Air and Space Museum in Washington, D.C.

Sloane is estimated to have created nearly 15,000 paintings, mostly oil on masonite; he painted every day. He also wrote thirty-eight books. Having become fascinated by the early American settlers while restoring a Connecticut farmhouse, he became “Mr. Ameicana” and penned volumes on topics ranging from the weather to preserving achitecture to early American tools to “A Reverence for Wood,” a scholarly volume on old growth timber in New England. Sloane died at the age of eighty, shortly before the release of his last book, “Eighty.” He is buried in Kent, Connecticut at the site of the Eric Sloane Museum. 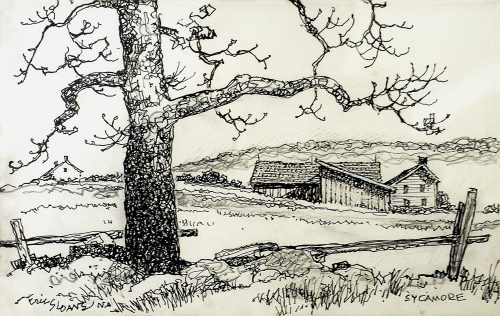 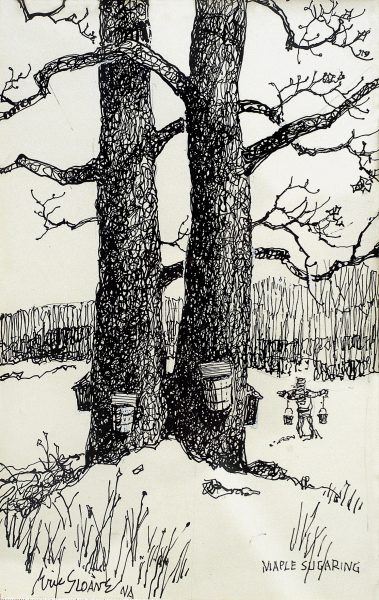