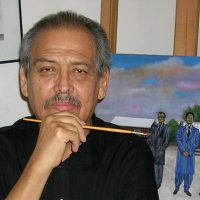 Born in the historical mining town of Jerome, Arizona, Emigdio is recognized as a Chicano pioneer artist. His father worked for Phelps-Dodge Copper mines and in the early 1940’s, his family moved to Orange, California. His interest in art was evident as early as grade school where he would copy the drawings in comic books and base them on stories his father told him about Mexican Revolution. In the late 1950’s, he took up oil paintings and by the mid 1960’s, inspired by famous Mexican artist Diego Rivera, he painted his first mural, in his parent’s patio.

Emigdio earned an Associate of Arts degree from Santa Ana College before transferring to California State University, Fullerton, where he received his Bachelor of Arts in Drawing and Painting and a Master’s Degree in Fine Arts. In 1979, for his Master’s Degree thesis project, Emigdio painted an 85-ft by 64-ft mural as a tribute to the Chicano working class, complete with figures modeled after his father as a miner and other relatives and friends as field workers and laborers.

Emigdio has drawn upon and transformed photographs into a body of work that documents and comments on the daily life of working people in the barrio. With painstaking skills, he records the urban experience, unsentimentally and with dignity, neither glorifying nor criticizing. Emigdio has painted over 400 paintings and 22 murals in Orange County. His work can be recognized by the ‘super-realistic’ style, historical transitions and themes.

Vasquez has taught in the art department at Santa College, and managed a major public arts program for the Bowers Museum of Cultural Art, the California Arts Council and the City of Santa Ana including creating an 85-ft mural at the Orange County Transportation Center in Santa Ana. In 1996, he received an Artist Fellowship from the Adolph and Ester Gottleib Foundation in New York.

The most recognized mural of Emigdio is the “Legacy of Cesar Chavez,” which is located in the lobby of the Cesar Chavez Business and Computer Center in Santa Ana College. Some of Emigdio’s favorite subjects are Zoot Suites and Pachucos that reflect a time in history. He also enjoys still life and landscape painting, as well as his portraits. His diversity of subject matter and style place him in a select class of artists that transcends the traditional “pigeon hole” description that most artists are assigned. 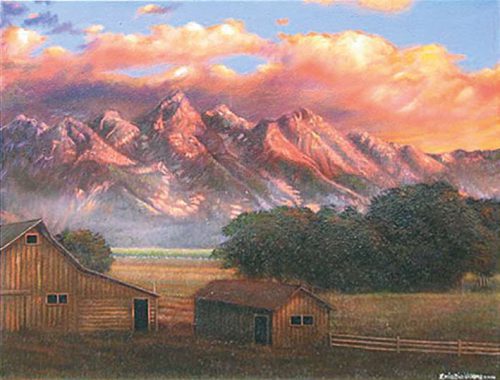 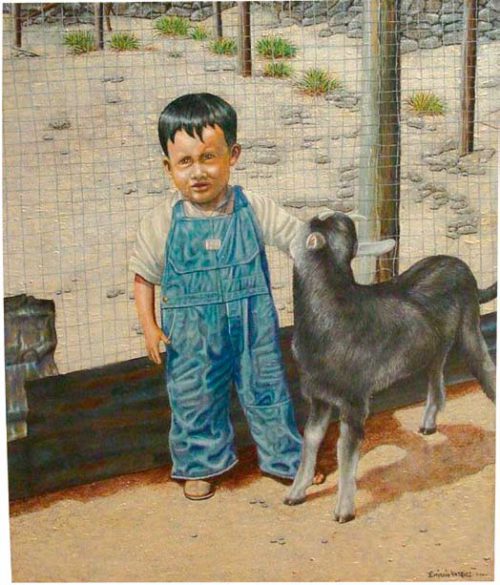 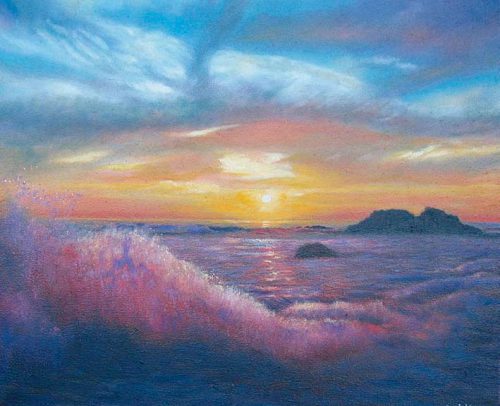 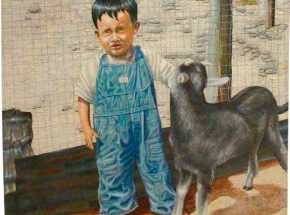