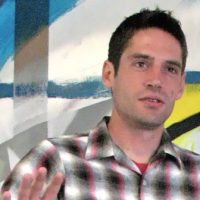 Eli Walker lives and works in Dallas, Texas. His work is heavily influenced by the punk and country music culture he grew up with, exhibiting alongside the rock-a-billy clubs and tattoo parlors of Deep Ellum. As he moved around to different cities he became involved with many emerging peers in the DIY garage band scenes. He retains the subversive punk attitude of his youth to challenge conventions of trademark and formality. By constructing his images in a synesthetic manner, Walker invokes his disregard for classification with energy, humor and lyricism. 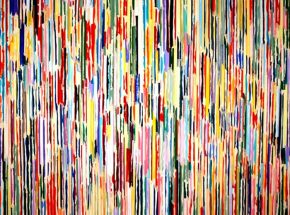