Eisenlohr, Edward Gustav (1872–1961). Edward Eisenlohr, painter, lithographer, author, and lecturer, was born on November 9, 1872, in Cincinnati, Ohio, to Rudolph and Emma (Hellner) Eisenlohr. When he was two years old his family moved to Dallas as early settlers of Oak Cliff. He attended Temple Emanu-Elqv School and Grove High School, where he displayed an early proclivity for art in his school-book sketches. In 1886 he won a first prize award in an exhibition at the State Fair of Texas for his pencil drawing of a map of Texas. Intent on providing their children with a broad and cultured education, the Eisenlohrs returned in 1887 to Europe; Edward studied in Zürich and Germany with the intention of becoming an artist. In 1888 business called his father back to Dallas, where the family followed him at the end of the 1889 school term.

Upon his return, Eisenlohr took a position as bookkeeper and teller at the American Exchange Bank, setting aside money from his income for his artistic ambitions. During the summers from 1889 to 1907 he studied with Robert J. Onderdonk and Frank Reaughqv, painters he later acknowledged as the most profound influences on his work. In 1907 Eisenlohr had one of his paintings accepted for an exhibition at the Cincinnati Museum of Fine Art. He then studied at the Art Students League Summer School in Woodstock, New York, with Birge Harrison and traveled to Europe. He was invited to join Gustave Schoenleber’s class at the Grand-ducal Academy of Fine Arts in Karlsruhe, Germany, where he studied for two years (1907–08) and was introduced to “dark impressionism.” He then returned to Dallas.
Between 1916 and 1926 Eisenlohr lived in Santa Fe, New Mexico, for six months out of each year. During this period he completed pencil, watercolor, and pastel drawings, as well as oil paintings, and exhibited at the Museum of Fine Art in Santa Fe. In New Mexico he developed a lighter palette and bolder brushwork; his works depicted sunlight, open land, and towering clouds. He started considering himself an American impressionist.

Eisenlohr documented the early twentieth-century landscape of Dallas in over 1,000 drawings, watercolors, pastels, oil paintings, and lithographs. His earliest drawings and paintings recorded abandoned buildings on the edge of the city, as well as the emerging skyline of Dallas. He also painted fields, farms, and country churches around growing Dallas. Like other impressionists, he felt a responsibility to record the images of his surroundings. He produced more drawings and paintings of his local community and region than any other early Dallas artist and is considered one of the pioneer landscape painters of Texas.

His works have been exhibited at the Corcoran Gallery, Washington; the National Academy of Design and the Museum of Modern Art, New York; the Pan-American Exposition; the Albany Institute of the History of Art; the New York and San Francisco World’s fairs; the St. Louis Museum; the Museum of New Mexico; and many one-man exhibitions. He is represented in the permanent collections of the Dallas Museum of Art, the Elisabet Ney Museum in Austin, the Delgado Museum of Art in New Orleans, the Witte Museum at San Antonio, and the art museums of Abilene, Houston, and Santa Fe. He won prizes from the Dallas Art Association (1931, 1932, 1948), the San Antonio Art League (1927, 1928), the Southern States Art League (1930), the Texas Federation of Women’s Clubs (1931), and Dallas Allied Arts (1932).
Eisenlohr was one of the founding officers of the organization that became the Dallas Art Association. He was also a member of the Salmagundi Club, the Texas Fine Arts Association, the American Arts Professional League, the American Federation of Artists, the Southern States Art League, the New York Federation of Arts, and the New York Water Color Club. He was a printmaker and author of three books on art appreciation. He was also one of the founders and an active member of the First Unitarian Church of Dallas. He died after a long illness in a Dallas hospital on June 6, 1961, and was buried in Oak Cliff Cemetery. 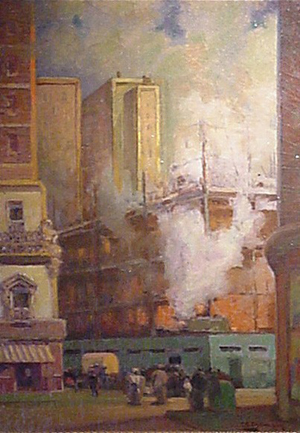 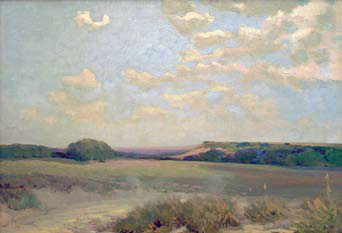 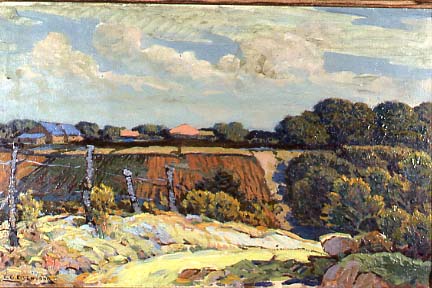