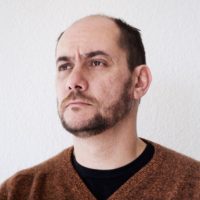 Mexican born artist Eduardo Abaroa has been a prominent figure in the art scene of his native country since the 1990s when he founded and worked in Temistocles 44, an important alternative artist-run space. He has exhibited in solo and group shows in Mexico, Los Angeles, New York, Argentina, Canada, and Germany. The range of his art is diverse, including large-scale installations, politically charged public projects, video installations and smaller handmade pieces created in his studio. “I feel like my tendency to look to the streets, for materials and sometimes subject matter and sites for my works, comes from a local Mexican socialist-influenced approach to production. I probably don’t copy the form of Mexican art
precedents, but I follow the attitude and interest in the specific social and political concerns, similar socialist concerns to the muralists’. I am interested in reflecting on the sedimentation of society – some relationship to a very materialist way of seeing things.”

Abaroa consistently uses icons of popular culture in his works as in this graduated parade of elephants that are mirrored in a Rorschach-like composition in Untitled. Abaroa’s works often thematically reference cultural violence and consumerism. The poaching of elephants for their valuable ivory tusks remains a serious political problem as the black market trade for this valuable commodity, highly prized in the Far East, continues to critically impact the elephant species.

Eduardo Abaroa was educated at the Escuela Nacional de Artes in Mexico City from 1988 to 1992 and went on to receive his Master of Fine Arts from the California Institute of the Arts in 2001. Abaroa has become internationally recognized as one of the leading contemporary Mexican artists working today. He has had eight solo shows in the cities of Los Angeles, New York, Guadalajara and Mexico City and has participated in numerous group shows throughout the United States and Mexico. His awards include the Sistema Nacional de Creadores presented in 2004 by FONCA in Mexico, the Beca Fullbright Garcia Robles award presented to him in 1998 and the Beca de Apoyo a Jovenes Creadores in1993 by FONCA in Mexico.