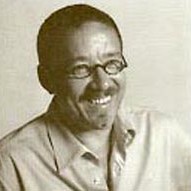 Edouard Duval-Carrie, born in Haiti in 1954, has a loving, yet complicated relationship with his native country. His “Uprooted,” series from is an implicit exploration of Haitian history as though it were suspended in mythic timelessness and entrenched in stereotypes. His paintings, such as Uprooted: My Life as Tree, combine African fables, classic mythology, Haitian and world history with contemporary events. Haiti, a pan-African state, has a history of slaves who came with sets of beliefs loosely combined into a religion called voodoo. Voodoo has been the soul of Haiti, the essence that permits Haitian to emancipate themselves. For some, Voodoo remains as much a part of life in Haiti as it was 200 years ago. Carrié’s work forces the viewer to remember the role of voodoo in Haiti’s history.

Fusion of Art, Cultures and Diplomacy