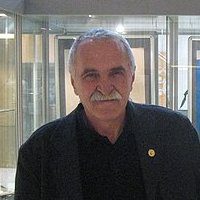 Edin Numankadic is one of Bosnia/Herzegovina’s few leading contemporary artists whose art has been included in the notable Ars Aevi-collection. A collection that with its 160 weighty works of art created by almost as many highly renowned international artists is regarded as the most important collection of contemporary art west of Vienna.

Edin Numankadic chose to stay in occupied Sarajevo, where his own kitchen table with emergency rations, stale bread and expressive watercolours was exhibited in a bombed-out gallery right in the middle of the Serbs’ intense line of fire.

Because of the civil war the intensely personal work “Traces of the War” could only be exhibited in the shape of a video documentation at the Venice Biennial in 1993. It was presented as part of the project ’Witnesses of Existence,’ but since then the kitchen table has been exhibited in its original form in numerous connections.

– In the news you see suffering and pain, but as a witness to a horrible war and more than three years of occupation, you discover paradoxically, that atrocities can also bring something good with them. I learned the value of a kilo of bread and a litre of water, and suddenly I was able to enjoy the smallest things in life, like for instance my own creativity and the chance to create art, Edin Numankadic says.

He is sitting deeply sunken into an old couch in the middle of his beautiful studio, which was put at his disposal by the Communist leaders in Tito’s Yugoslavia, and which he walked to almost every day even though he had to cover eight life-threatening kilometres on Sniper Alley to get there.

Surrounded by his thought provoking works of art, spread out over the floor, on the tables and the ceiling, he now forces himself to rake up the horrors of the past.

– When you have neither bread, water nor electricity, and when you don’t know if you will be alive the next day, then what do you have left? You have your brain and your heart. With intellectual strength, high moral and cultural heritage you might be able to survive. In this way poetry, art and spirituality become the most important things in a war, Edin Numankadic believes and also stresses abstract optimism and utopian hope as extremely important if you are to survive the horrors of war.

The Bosnian artist has studied literature and is deeply inspired by world literature. He stayed alive by thinking of sentences about death and life written by great writers such as Kafka, Benjamin and Wittgenstein. In 1993, in the midst of the occupation, Edin Numankadic himself formulated the sentence: ”Art is life in Sarajevo, and life is art in Sarajevo”.

– For me life and art was almost one and the same. When you experience death and destruction at close range, you become able to look deeper than before. You develop a powerful vision that makes it easier to see through human nature and existence.

As an example of this he mentions, how he – when accidentally meeting a man in the streets – was often able to feel the stranger’s whole background story at a single glance.

– It was a fantastic experience, how things seen through eyes marked by war suddenly turned into strong metaphors and symbols. I don’t want to romanticize this, but it’s impossible to imagine how much love and solidarity you saw in families and among neighbours during the war. Therefore, if you want to talk about beauty, you have to have tragic experiences, Edin Numankadic believes.

He still uses art as a kind of mental healing and medicine to express his disconsolate experiences. In order to forget as well as to artistically offer some answers to the horrors of violence, he has since the war produced thousands of paintings on paper and created hundreds of surrealistic tableaus. He calls his paintings ’Inscriptions’.

– There doesn’t exist one single truth about the occupation of Sarajevo. For some Milosevic is to blame for everything evil, but for me the truth is spread out in little details like sound, taste and colours. Therefore my inscriptions are ambiguous, like old graffiti on crumbling walls. They have to remain little secrets, the 61-year-old artist says, meaning that pictorial artists are able to present answers that neither philosophers, politicians nor other artists can come up with.

– But it is extremely important to have a sense of humour and keep an ironic distance from things when you want to pass on deeply tragic experiences, Edin Numankadic points out. 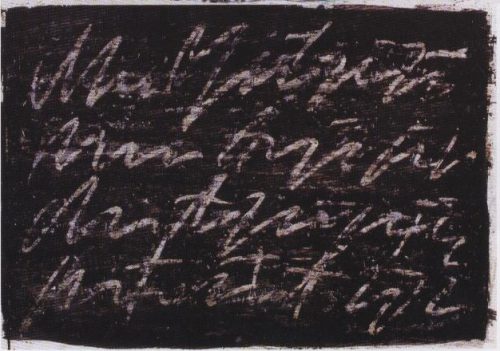 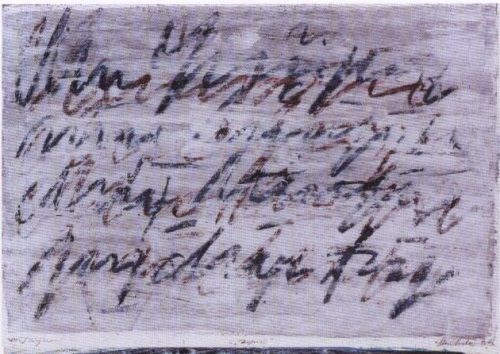 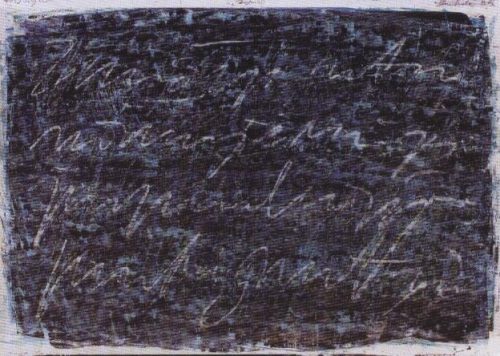