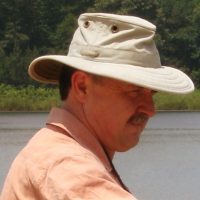 Born and raised in Hopewell, Virginia Ed became interested in art during his childhood. After recieving his Associate degree in Art at Richard Bland College, he completed his Bachelor of Fine Art degree (concentration in printmaking) in 1977 at Old Dominion University. Following graduation Ed spent three years as a commercial artist before becoming a full time artist in 1980.

Ed is widely recognized for his unique ability to capture a special feeling and awareness in the subjects he paints. Even though he is self taught in painting, he has used a range of methods to capture the moods and personalities in his subjects. Although oil paints are his main medium, Ed also has skills in hand pulled lithographs, intaglio, serigraphy, watercolors, and acrylics. Over the past couple of years, he has taken up plein-aire painting. This is a style of painting that is taken directly from life, where the artist has to make first hand observations and has to respond constantly to the changing surrondings. Ed states “I find that painting on location, has greatly improved my studio production as it has forced me to become more efficient in applying paint.”

Ed has had his work published in Virginia Wildlife, Hampton Roads Magazine, American Art Collector, and Artist and Art Galleries of the South. He has also earned several awards including: Virginia Heritage Award Presented by Governor Baliles, Virginia Museum Professional Fellowship Award, Best in Show at the Mid-Atlantic Wildfowl Festival three years in a row. Ed also particpated in the Oil Painters of America Southeastern Regional Juried Show, Southeastern Wildlife Exposition, National Wildlife Federation, and the Philadelphia Wildlife Exposition. Ed currently has reproduction portraits hanging in the Wilton House in Richmond, and Riddick’s Folly Museum House in Suffolk, Virginia. His works are also included in numerous private and corporate collections such as Hampden-Sydney, Virginia Commonwealth University, The Homestead, Ethyl Corportaion, Honeywell, and the Black History Museum. Ed currently has two paintings on loan to the United States Embassy in Ethiopia. Ed has also painted commission portraits for over fifteen years, some of his portrait list includes; Mr. and Mrs. Pat Buchanan and Mrs. Robert Daniel.

Ed currently resides in Prince George, Virginia with his wife and two daughters. His studio is located at the corner of Rt. 10 and Lebanon Road in Burrowsville, Virginia (15 miles east of Hopewell). Orginally his studio was a country store opened by his great-grandparents in 1915. Ed’s studio is now open by appointment or chance. 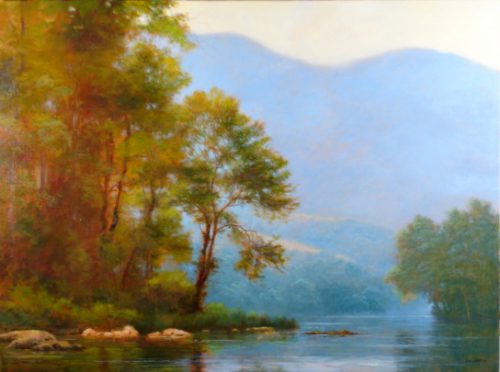 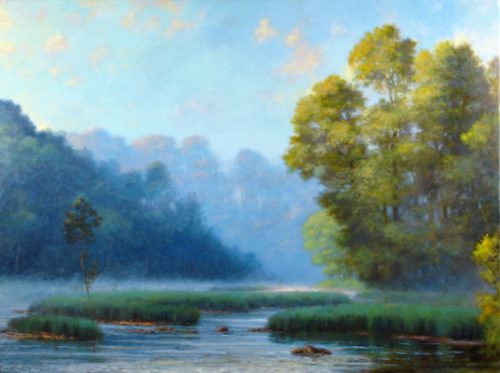 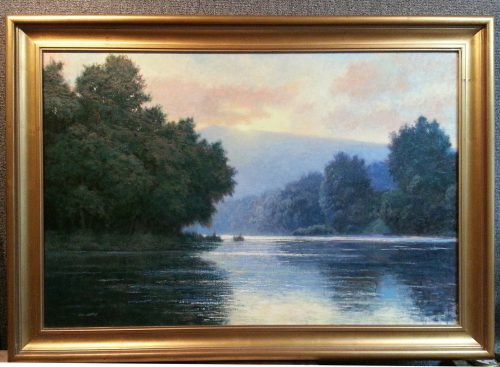 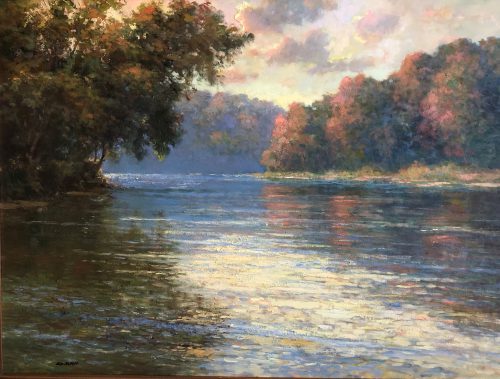