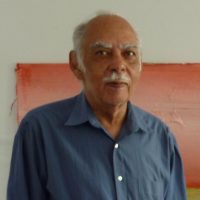 Edward Clark is an abstract painter whose work has drawn accolades internationally for five decades. He is the first painter credited with working on a shaped canvas, an innovation that influenced contemporary art through the 1950s and 1960s. He is also known for his powerful brush stroke, large-scale canvases, and especially, his use of color, which makes some people call him an “Abstract Impressionist.”

Born in the Storyville section of New Orleans in 1926, Ed Clark studied at the Art Institute of Chicago from 1947 to 1951 and L’Academie de la Grande Chaumière in Paris in 1952. Clark received encouragement from two of his instructors, Louis Ritman at the Art Institute of Chicago and Edouard Goerg at the Grande Chaumière. However, the young Clark’s work was most strongly influenced by Nicolas de Staël’s painting “The Football Game” which was exhibited at “Salon d’Automne” in 1952.

After living for five years in Paris, Clark came to New York and became a charter member of the Brata gallery on Tenth Street, where artists like George Sugarman, Sal Romano, Al Held, John Krushenick, and Ronald Bladen were shown. It was during this period that he made his celebrated shaped canvas, which appeared in the Brata gallery Christmas group show in 1957. The painting was later to be described in a 1972 Art News article by Lawrence Campbell as generally considered to be the first of its kind.

Another early shaped painting made by Clark in 1957 is now in the permanent collection of the Art Institute of Chicago. Clark made his first oval painting while living in Vétheuil, France (early home of Claude Monet) in 1968. This was almost a decade after Clark first started using his push broom technique, which allows him to move paint swiftly across the canvas, creating broad bold strokes.

Clark has always been an inventive and creative artist, experimenting with techniques, like his innovative use of the push broom, for example, and his method of working on paper with dry pigment, inspired by the “pouring sand” technique of the Pueblo tribe of the American Southwest.

His work continues to evolve and astonish. 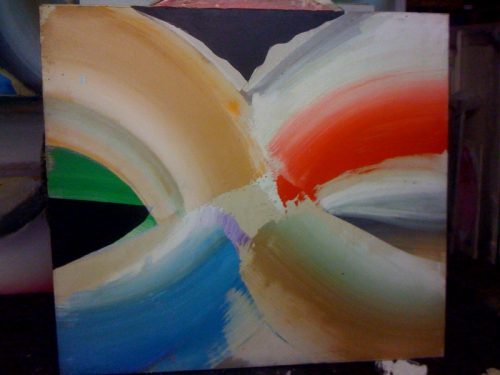 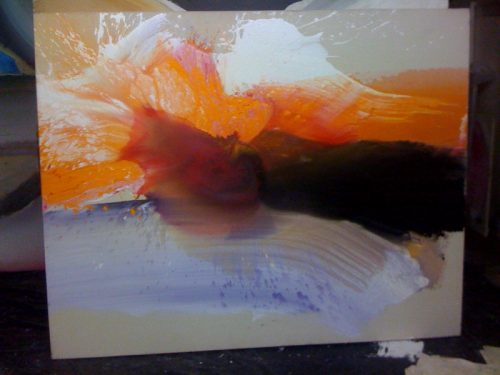 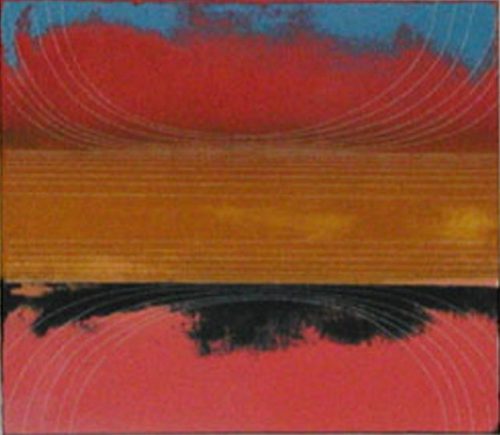 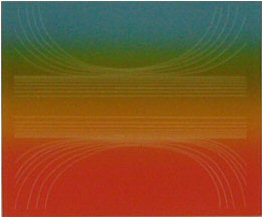 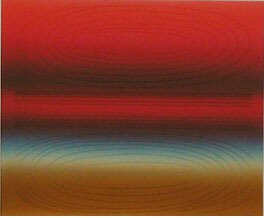