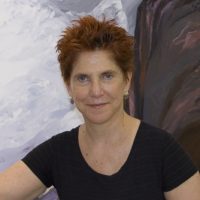 I have participated in the Arts in Embassies Program since the late seventies with the Tehran Embassy in Iran being my first, followed in the early eighties with our embassy in Moscow. The program has since exhibited my work in our embassies in Yaoundé, Cameroon, Reykjavik, Iceland, Antanarivo, Madagascar and presently in Sanaa, Yemen. What a unique way to travel!

The beginning of this collaboration was the start of my own career. For more than forty years, my practice was predicated on my own travels, to investigate unique landscapes. Having grown up in an urban center (Brooklyn/Manhattan) I found myself attracted to large monumental and geological phenomenon. Wide open spaces, so foreign in my youth attracted my attention and desire to translate land mass water and sky. I painted en plein air and took a multitude of photographs as source material to draw upon back in my studio. The visual information I gathered on these trips fed my memory and imagination for decades. I’ve been fortunate to have been awarded a number of residencies to help sustain this practice in Giverny in 1989 (sponsored by the Lila Acheson Wallace Readers Digest- Foundation) and in Bellagio in 1993, (sponsored by the Rockefeller Study and Conference Center). Grants from the NEA, PA Council on the Arts and the Leeway Foundation in Philadelphia have also allowed me to travel and charter helicopters and planes for my projects.

In 2006, I had an epiphany when I saw a 1976 painting of mine depicting the French Alps in an exhibition. I could not help wondering what it’s present condition was, thirty years later. I became obsessed with this passage of time globally and personally. I returned to that early imagery and examined ice and snow in a different context.

I began to pay more attention to issues of climate change, reading Andrew Revkin in the NY Times and Elizabeth Kolbert’s New Yorker pieces more closely, and rereading her Field Notes from a Catastrophe. I was fired by a desire to do my own research about glacial geology and climate change.

I have always used my painting practice to register my emotional response to geological discoveries. No matter the content; the materiality of paint remains a driving force in my visceral responses to monumental environments. The images are formally located in the balance between abstraction and representation. How paint articulates light and form, and how the scale of the painting transforms discrete visual experiences into an image that becomes greater than its parts is crucial.

But now there’s is an added layer, an impulse about projecting physical reality into the future as well as contrasting the present with its past; with configuring a particular site in real time while conflating issues of geological/chronological time supported by scientific data.

I am trying to develop new strategies which reveal temporal realities and the seriality of change.

While still using the language of paint, I am demanding it to communicate more than beauty and process. Instead of engaging with the landscape through my own camera lens (my usual method), I have reverted to sourcing other people’s data. A network of geologists, and photographers throughout the world have provided me with a broad range of repeat photographs, which are sets of archival images in the public record, matched with their present day photographs.

My ongoing project, POLITICS OF SNOW continues the tradition of painting into the twenty-first century. Gericault, Courbet, and Bierstadt used the genre of landscape to address their political realities, and I take courage from this precedent to articulate the pressing issues of our melting environment. My lifelong fascination with geology, along with my practice of recording nature’s constant state of flux has now converged in an overarching sense of urgency as I try to contribute to the effort to address issues of climate change. 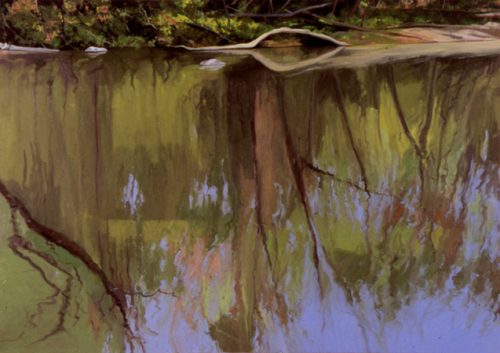 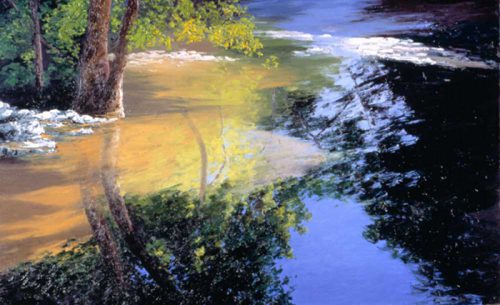 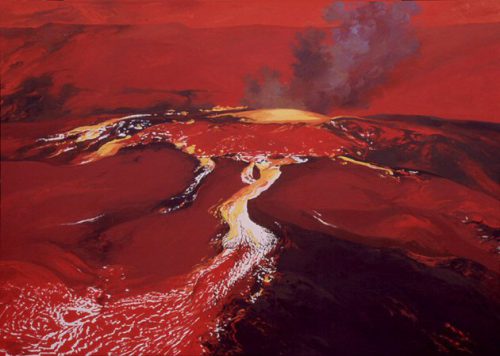 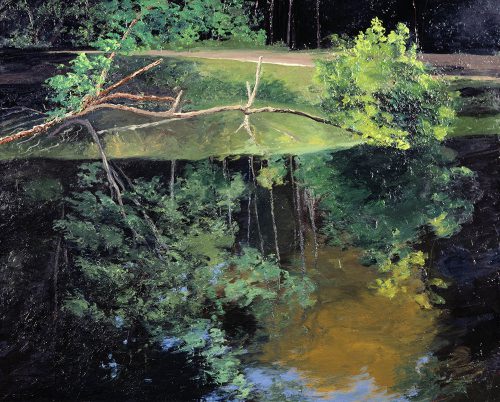 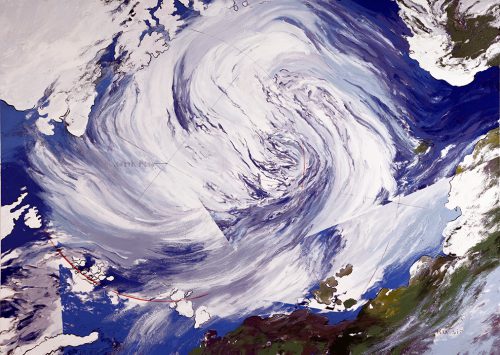 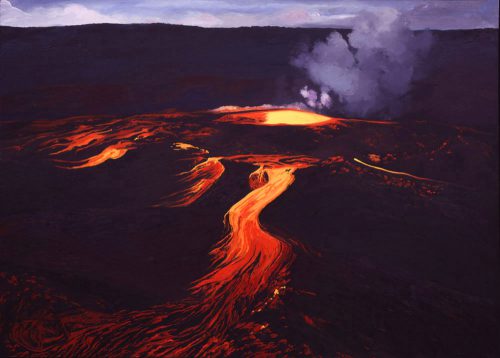 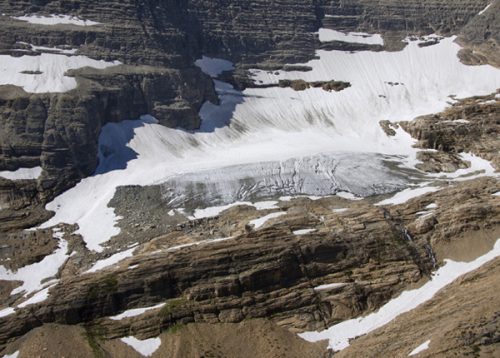 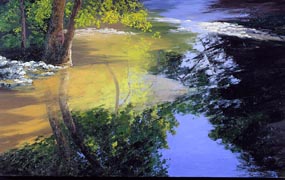 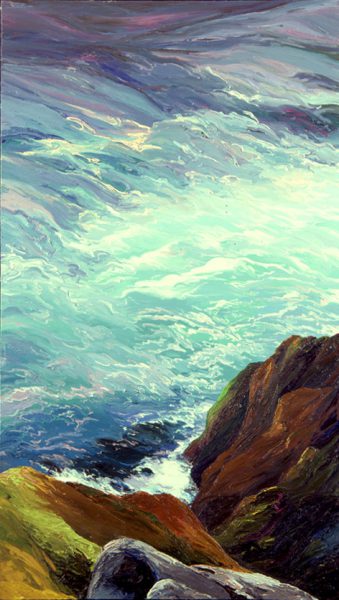 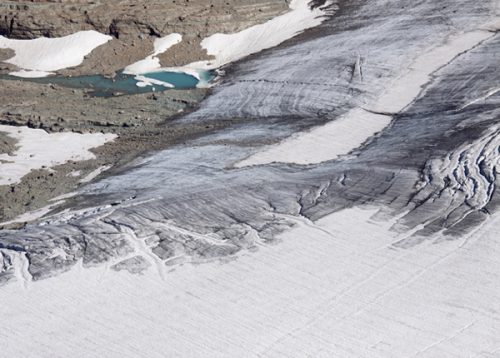 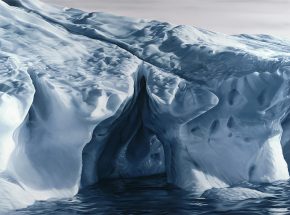 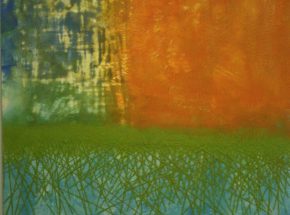 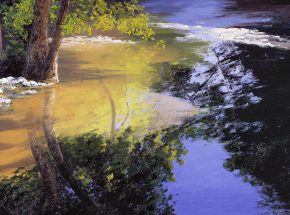 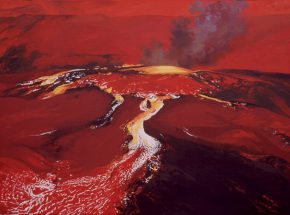 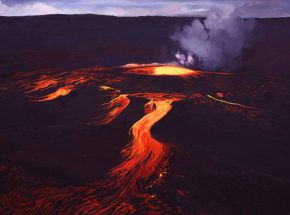 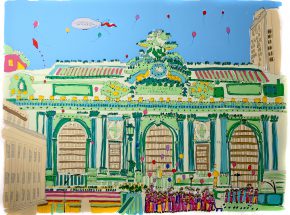 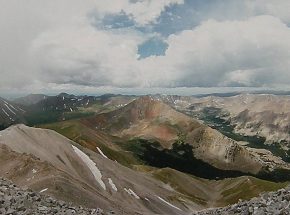