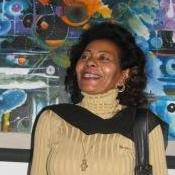 Desta Hagos was born in Adwa in 1952, and she lived there until the age of nine, when she moved to Addis Ababa. Desta Hagos’s artistic interest developed at the age of five, when her father bought her crayons and asked her to draw flowers, rather than cutting them from the garden. After she finished high school, Desta joined the SFAD in 1964 as one of the first female students. Her teacher Gebre-Kristos Desta exerted an enduring influence on her style, which was also affected by her studies in the United States, where she earned a BFA from California Lutheran College. After three decades working as an artist, Desta Hagos recently opened her own art gallery in Addis Ababa. 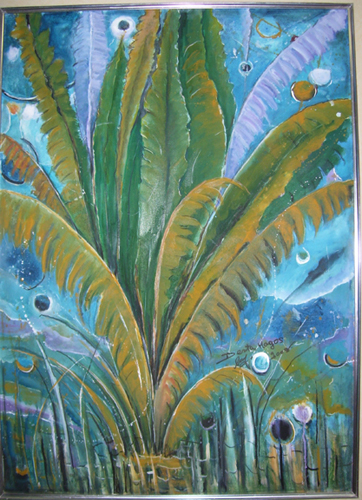 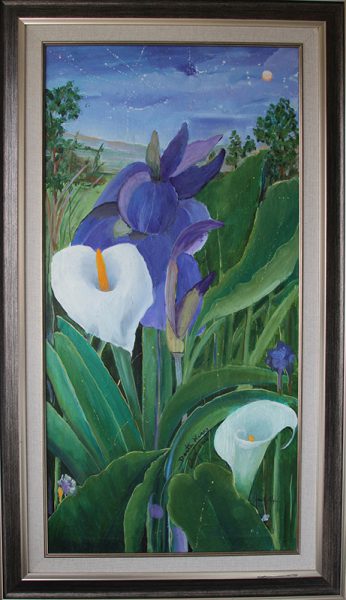 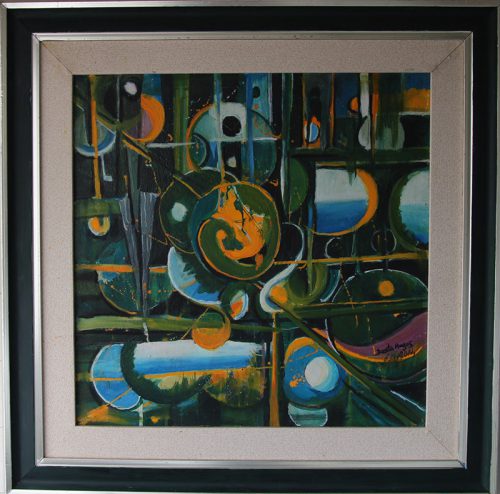