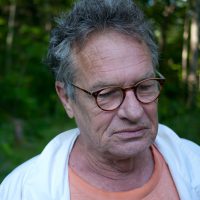 Dennis John Ashbaugh (born 1946 in Red Oak, Iowa) is an American painter, artist and surfer from New York. He is one of the first artists to employ DNA marking patterns in paintings, in his 1992 work Designer Gene. Ashbaugh’s use of light and color in his large-scale paintings of autoradiographs have drawn comparison with Mark Rothko.

He is a Guggenheim Fellowship recipient and has had his work exhibited by the New York Metropolitan Museum of Art, the P.S.1 Contemporary Art Center, The Seattle Art Museum and the Whitney Museum of American Art among others. Ashbaugh is particularly known for his large portraits of computer viruses and DNA, which have been acquired for the permanent collections of the Hirshhorn Museum, The Museum of Fine Arts, Houston, The Los Angeles County Museum of Art, and The New York Metropolitan.

Dominant themes of Ashbaugh’s works are networks and viruses — computer and biological — though he does not use computers to create the works. He is renowned for his 1992 collaboration with speculative fiction novelist William Gibson, an artists’ book called Agrippa (a book of the dead). Gibson’s writings — as well as those of his friend, collaborator and fellow cyberpunk Bruce Sterling — influenced many of Ashbaugh’s paintings: “Their writings have had a life-changing influence on me …When I first read Gibson, I walked through the East Village and thought, ‘Oh, what a lovely place this is.’ It changed my notion of urban decay.”

The New York Times has characterized Ashbaugh as “a charismatic ex-surfer whose address book can probably hold its own against that of the most aggressive jet set type.” 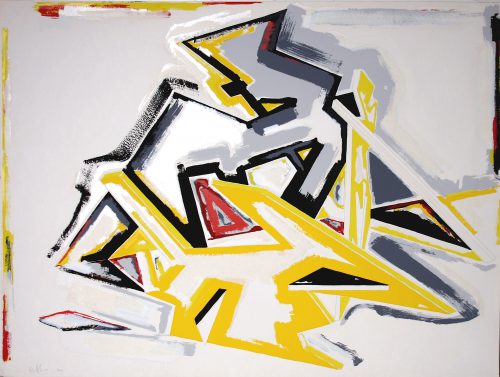 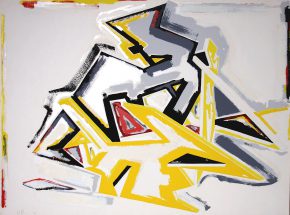