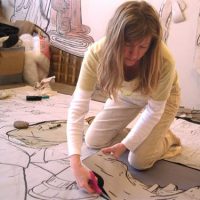 Denise Burge works in a variety of media, including drawing, film, and quiltmaking. Her quilt work has been widely commissioned and collected, and was included in two Quilt National exhibitions. For this work she has been awarded multiple Ohio Arts Council grants, residencies and the Headlands Center for the Arts and the Fine Art Work Center in Provincetown, and a Joan Mitchell Foundation award. In 2006 she formed a collaborative animation group called “The Dozens”. Their work premiered at the Fringe Festival in Edinboro, Scotland, and has been in several national and international film festivals. Since then, she has been creating video installation work with Lisa Siders and Jenny Ustick under the name Maidens of the Cosmic Body Running. 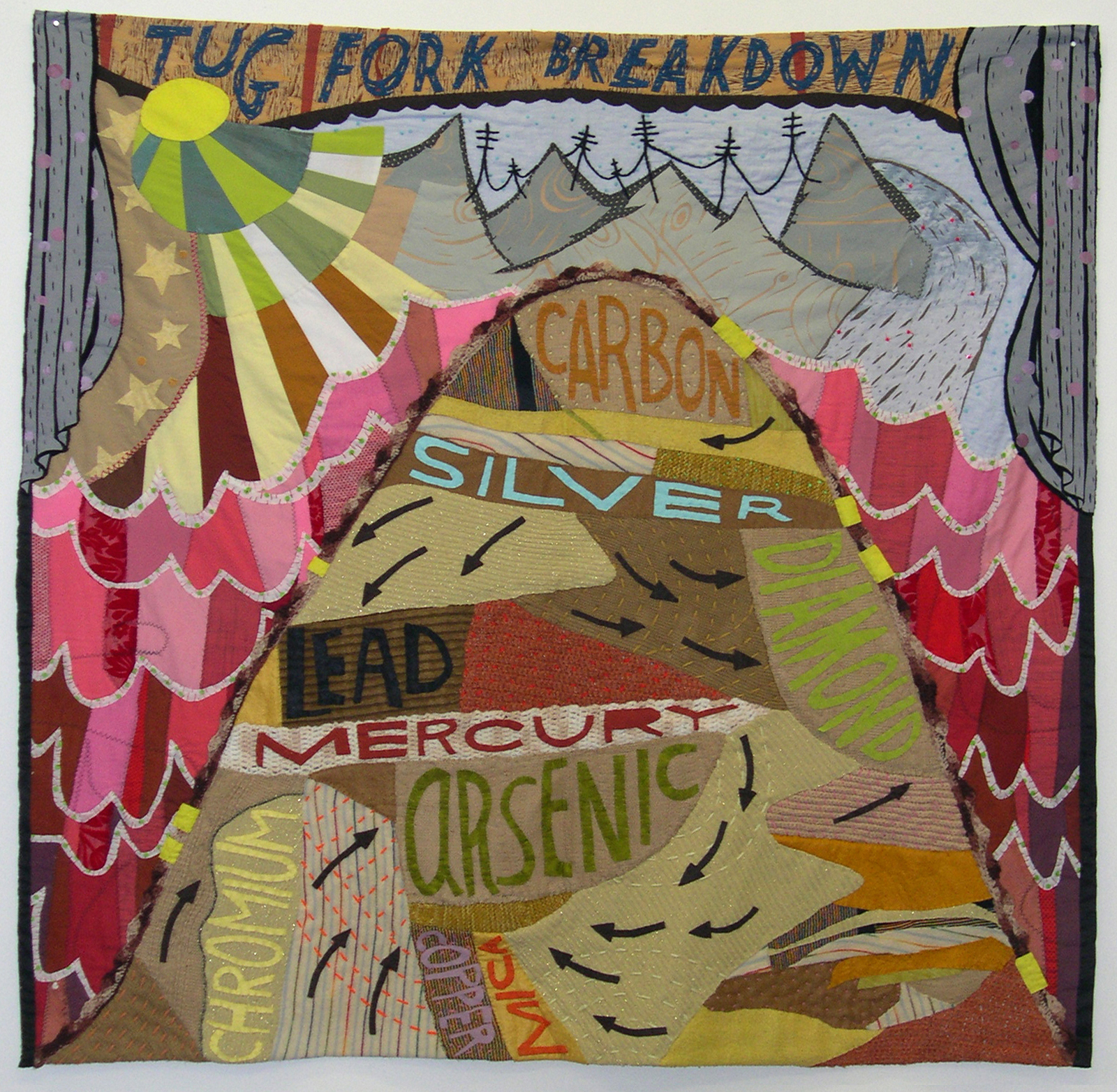