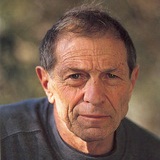 David Goldblatt (born November 29, 1930 in Randfontein, Gauteng Province) is a South African photographer particularly noted for his portrayal of South Africa during the period of apartheid.

Goldblatt began photographing in 1948 and has documented developments in South Africa through the period of apartheid to the present. He has numerous publications to his name and is held in high esteem, both locally and internationally. His book, South Africa: The Structure of Things Then, published in 1998, offers an in-depth visual analysis of the relationship between South Africa’s structures and the forces that shaped them, from the country’s early colonial beginnings up until 1990. During apartheid, Goldblatt documented the dreadfully extensive and uncomfortable twice-daily bus trips of black workers who lived in the segregated “homelands” north east of Pretoria in his work The Transported of KwaNdebele. According to Goldblatt, the conditions of South Africa have not changed that much for poor people since apartheid. He also states, “It will take generations to undo the consequences of Apartheid.” He continues to photographs of the area including the landscape.

His work is held in major museum collections worldwide. A solo exhibition of his work was held at the Museum of Modern Art in New York City in 1998. Interest in Goldblatt’s work increased significantly after the eleventh Documenta (Kassel, 2002), as well as a travelling exhibition of 51 years of his work (Barcelona, 2001). At Documenta two projects were shown: black-and white work depicting life in the middle-class white community of Boksburg in the 1970s and ’80s, as well as examples of later colour work from the series Johannesburg Intersections. The comprehensive retrospective of his work, which opened in the AXA Gallery in New York in 2001, offered an overview of Goldblatt’s photographic oeuvre from 1948–1999.

Until the end of the 1990s Goldblatt – in what he calls his personal work – rarely photographed in colour. It was only after working on a project involving blue asbestos in north-western Australia, and the resulting disease and death, that his interest in photographing in colour increased. “That’s when I got hooked on doing work in color,” he says. “You can’t make it blue in black and white.” This was coupled with new developments in the field of digital scanning and printing. Only when Goldblatt was able to achieve the same “depth” in his colour work that he had previously achieved in his black-and-white photographs, did he choose to explore this field extensively. The result is a fascinating blend of Goldblatt’s expertise in the field of classic large-format photography combined with the latest techniques offered by high-end scanners and advanced ink-jet papers, producing images redolent of South Africa’s light and land. 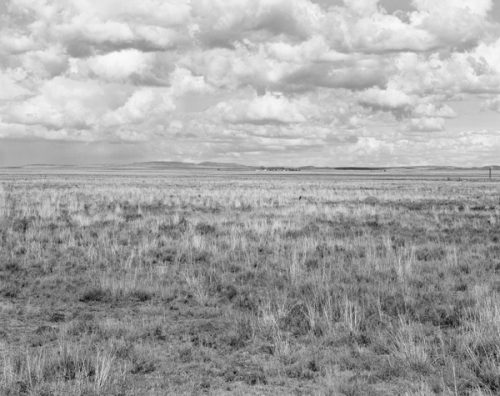