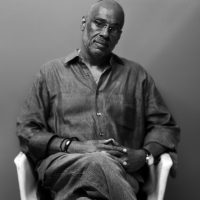 Daniel “Danny” Simmons, Jr. is an abstract-expressionist painter. Older brother of hip-hop impressario Russell Simmons and rapper Joseph Simmons (“Rev. Run” of Run DMC), he is the founder and Vice Chairman of the Rush Philanthropic Arts Foundation and Rush Arts Gallery. In addition, Simmons converted part of his loft in Brooklyn into the Corridor Gallery. Along with his brother Russell, Simmons established Def Poetry Jam, which has enjoyed long- running success on HBO. In 2004, Simmons published Three Days As The Crow Flies, a fictional account of the 1980’s New York art scene. He has also written a book of artwork and poetry called I Dreamed My People Were Calling But I Couldn’t Find My Way Home.

Simmons is the son of Daniel Simmons, Sr., a truant officer and black history professor who also wrote poetry, and Evelyn Simmons, a teacher who painted as a hobby. He earned a degree in social work from New York University and a master’s in public finance from Long Island University. He began painting after he realized how much he hated his job with the Bureau of Child Support.

Simmons, an abstract-expressionist painter, has had his work shown nationally. Chase Manhattan Bank, the United Nations, and the Schomburg Center for Black Culture all show his work as part of their collections. He is also an avid collector of African art and comic books. 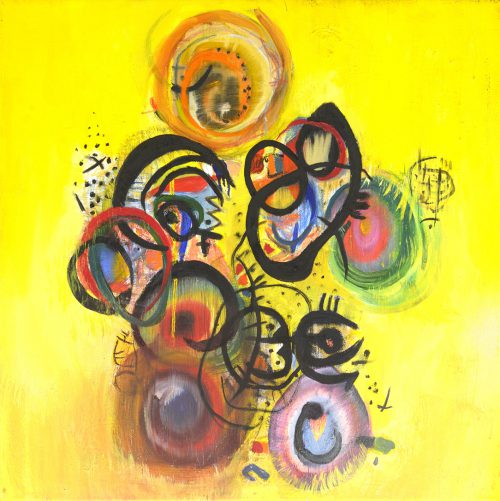