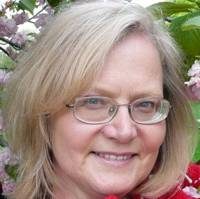 The great 20th century philosopher Gilles Deleuze wrote: “the Fold is always between two folds, and …between-two-folds seems to move about everywhere.” Often the most interesting things happen when two seemingly disconnected fields fold together, and then from this place “between-two-folds” something new appears.

Non-Euclidean geometry opened new horizons for late 19th century and early 20th century artists by inspiring them with its abstractness and by challenging them to visualize it without having even an analytic formula for it. By the end of the 20th century, crude paper models and crafts created a tactile way for wide audiences to be able to visualize things that previously only mathematical minds were able to deal with. In turn, it opened a new possibility to transform abstract geometric manifolds into fiber arts. It has also inspired many people around the world to join in a collective art project that ties together this original inspiration coming from mathematics with environmental concerns. These experiences have changed and enriched the texture of my own life.

Geometric two-dimensional manifolds can have only three possible geometries – Euclidean, spherical, and hyperbolic. We are familiar with Euclidean and spherical geometry from school, but also from our everyday experience of space and surfaces. Two-dimensional hyperbolic manifolds are a very special case – rich and beautiful, and still mysterious for many people.

To make a judgment about the taste of some unusual fruit one has to taste it. How would you “taste” the hyperbolic plane? That was when I suddenly realized that I can connect my craft skills with mathematics in order to crochet models of the hyperbolic plane. With my own fingers, I could finally explore the “mysterious property” of hyperbolic geometry: Through any point outside a given line it is possible to draw infinitely many parallel straight lines.

Could I possibly imagine in 1997 that the hyperbolic plane will take me to an even more mysterious experience – transforming a mathematician into a fiber artist? Since 2001, I have been invited to participate in many art exhibits in USA, Belgium, Italy, Latvia, Ireland, and United Kingdom. My invention of crocheting the hyperbolic plane inspired, in 2006, The Institute for Figuring to start their own project “Hyperbolic Crochet Coral Reef” involving communities of crocheters around the world. I continued my own explorations of possibilities in crocheting hyperbolic surfaces and wrote a book Crocheting Adventures with Hyperbolic Planes (AK Peters, 2009).

My fiber sculptures are geometrical explorations with different materials and colors. I really treasure the possibilities to connect with people through my art work. I am happy to talk about connections between geometry and art, and my own work, and explain hyperbolic geometry to a general audience. In 2009, I joined with 643 people ages 10 to 90 in Latvia to create an exhibit “From Coral Reefs to Baltic Sea,” partly inspired by the “Hyperbolic Crochet Coral Reef” project, and partly to raise awareness about ecological problems closer to home – the dying Baltic Sea. My most emotional experience with the project was meeting some young people with psychological and learning disabilities who contributed to this project. They listened very carefully as I explained some of the basic properties of the hyperbolic plane and checking them on the tactile model — they were so happy to understand it. They told me: “We all learned something new, but most importantly: that we can be useful, and we can be part of others.”

If this is something that thousands of people around the world feel when they crochet different versions of the hyperbolic plane, then it has been worthwhile for me to spend countless hours making my models. In my heart I always have been a teacher, and through my art I have been able to teach much larger audiences than I could fit in a classroom. 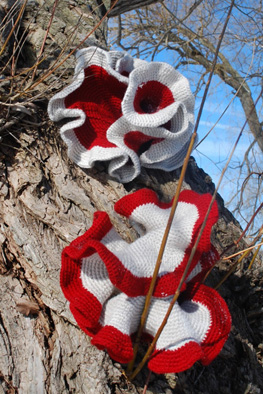