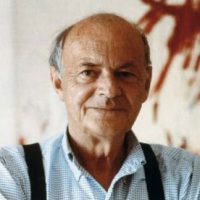 Twombly paintings blur the line between drawing and painting. Many of his best-known paintings of the late 1960s are reminiscent of a school blackboard on which someone has practiced cursive “e”s. His paintings of the late 1950s, early 1960s might be reminiscent of long term accumulation of bathroom graffiti. Twombly had at this point discarded painting figurative, representational subject-matter, citing the line or smudge — each mark with its own history — as its proper subject.

Later, many of his paintings and works on paper moved into “romantic symbolism”, and their titles can be interpreted visually through shapes and forms and words. Twombly often quoted the poet Stéphane Mallarmé, as well as many classical myths and allegories in his works. Examples of this are his Apollo and The Artist and a series of eight drawings consisting solely of inscriptions of the word “VIRGIL”. 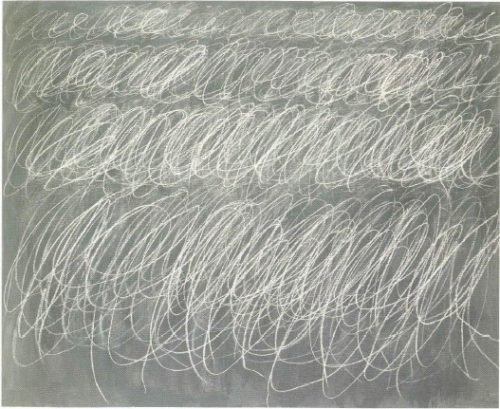 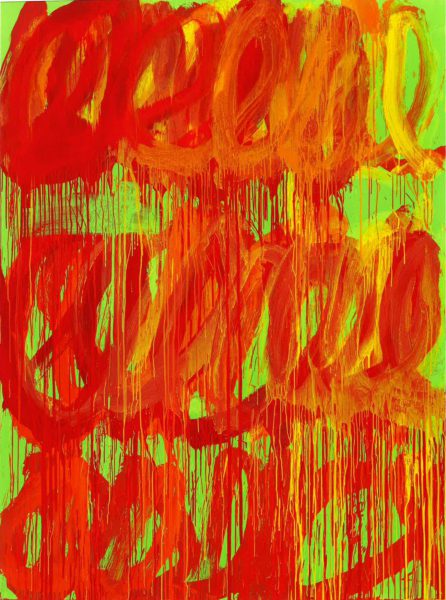 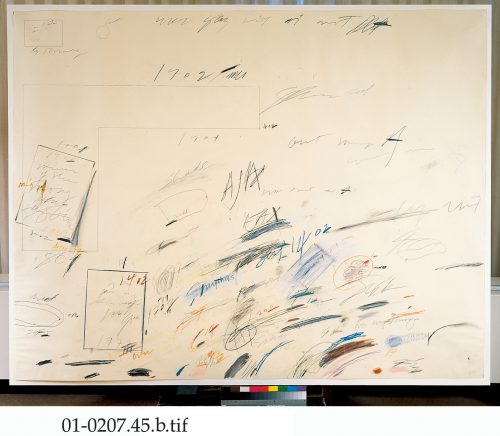 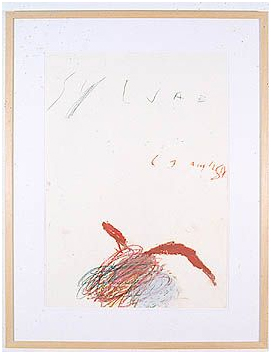