Cristopher Nolasco is a Filipino-American artist based in Los Angeles, CA. He was born in Yonkers, New York to Norberto Nolasco and Angeles Liceralde. As a child, he was very creative and began drawing in the second grade. Interestingly enough, he did not really begin painting until he was in college. He loved to draw people and often times created characters of his own inspired by 1980’s cartoons like He-Man, G.I Joe and Thundercats. He began drawing portraits of his classmates in the eighth grade.

Although he has had this amazing and creative talent since he was a child, he did not realize that he could be a serious artist, so he put drawing on hold while he attended high school. After he graduated, he had no idea what he wanted to major in. All he knew was that he was interested in the arts such as music, fashion, performance and entertainment . He wanted to enjoy himself and have some fun after high school, so he decided to take some theater classes while taking a few general education courses at the community college.

He attended Bakersfield College from 1994-1996, College of the Canyons in 1996, and finally Mount San Antonio College from 1997-2000. After about six years of college-hopping all throughout the Southern California area, he was suddenly inspired to pursue painting and drawing. . He signed up for a beginning drawing class with Kirk Pederson at Mount San Antonio College where Pederson’s passion for the arts inspired Cristopher. When he found out that there was a possibility to create commercial art for a living, he decided to remain focused on the visual arts.
After graduation from Mount San Antonio College, with an AS Degree in Design in 2000, he transferred over to California State University to major in Illustration where he earned his BFA. Here, he studied more Art, the History of Art, Theories on Art, and discovered who his favorite artists were. Among them Alex Powers, Egon Schiele, Gustav Klimt, Jackson Pollock, George Bellows and Robert Henri just to name a few. He believes in studying the works of and learning from the old masters. He constantly read books and articles about his favorite artists. He studied their compositions and attempted to emulate their styles.

He is now 30 years old and lives in Covina, California. He has a small studio in the back of his house with many windows where he works on his art three to four days a week. He stores his larger canvases in his garage. For the rest of the week he works as a Location Photographer for Film, TV, and Print in the Los Angeles area. He puts most of his paintings and drawings on paper but he also works on canvases board and wood. He paints with watercolor and draws with graphite, charcoal and chalk. He loves to combine watercolor and charcoal with chalk on paper for a mixed media effect. He also works with oil paints and stabilo pencils.

Inspired by their leadership qualities, Cristopher paints politicians, great musicians, and professional athletes, but most of the subjects in Cristopher’s paintings are his family, friends, or people that have had a major influence on him. He believes that friends and family come first and that “if you are not successful at home, you are not successful at all”. He also reads Greek Philosophy, specifically Aristotle, and follows his teachings as well as he can. 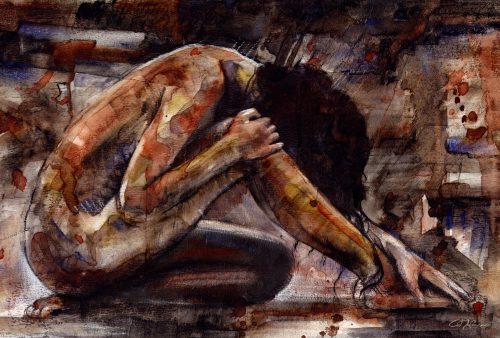 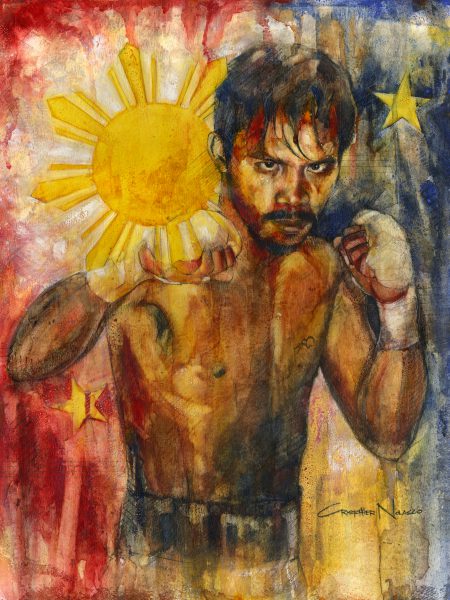