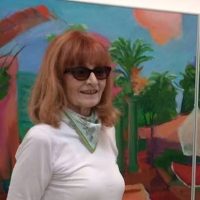 Expression and color have always been important elements in Claire Chene’s work. The two paintings, “Ocean” and “New Forest” in this exhibition were part of a show “True North”, a title which was her compass point for navigating psychological territories, using elements of nature: water, fire and earth.

“Ocean” in three panels, depicts a large tsunami like wave, terrifying and powerful. Calligraphic brush strokes animate the surface of the painting with a seeming torrent of turbulent water, which might overwhelm us or cleanse us in a purifying renewal of life. 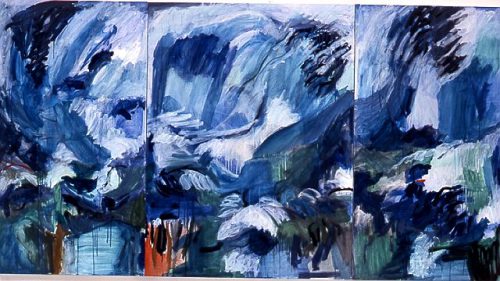 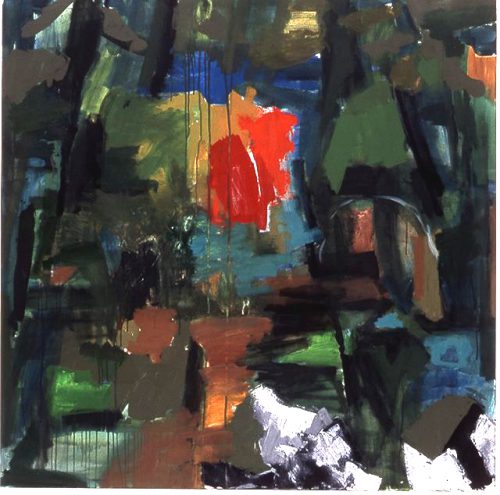