“For the last 21 years my work has centered on various aspects of Center City Philadelphia. The images have ranged from streetscape views to aerial panoramas executed from buildings above. A recurring element to all of these works has been the inclusion or depiction of the building known as City Hall. Its presence is always perceived, whether it be visual or implied by the location of the buildings surrounding it. The architecture of City Hall and the placement in Center Square as a site for public buildings by William Penn as part of the master plan of the City of Philadelphia has had a profound influence on a great deal of my work.”

Christopher M. Zmijewski attended the Pennsylvania Academy of the Fine Arts and received his Bachelor of Fine Arts degree from the University of Pennsylvania, both in Philadelphia. His work has been exhibited in many one-man and group shows, has received several prizes, and is in numerous private, public, and corporate collections, including those of The Federal Reserve Bank of Philadelphia, and the Union League Club of Philadelphia. 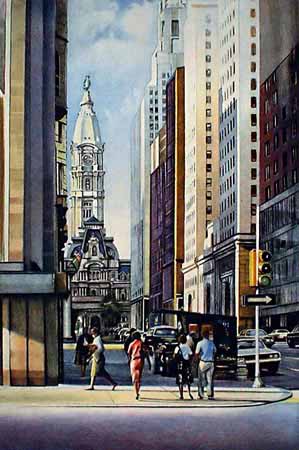 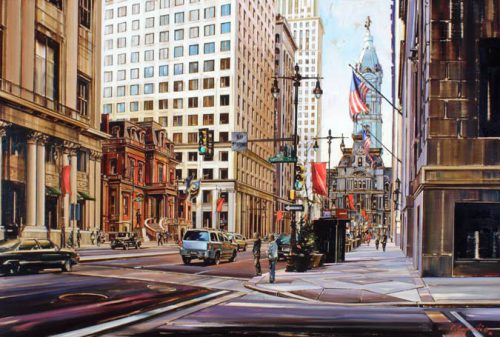