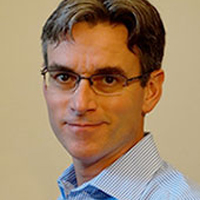 A graduate of Yale University, Chas Fagan has gained national prominence and recognition as an accomplished and gifted portraitist, sculptor and painter. In his landscape and still life paintings Fagan creates classic, yet energetic compositions, often juxtaposing delicate details with bold brushwork.

Since 2001, Fagan has received several commissions for statues designed specifically for the National Cathedral, in Washington D.C. In 2003, his bas-relief sculpted portrait bust of President Reagan, commissioned for the U.S.S. Reagan, received international media coverage. In a truly innovative choice of medium, Fagan mounted this profile bust on a piece of the Berlin Wall in recognition of Reagan’s contribution to the reunification of Germany. Two years later, Fagan designed and created the Bush Monument for the city of Houston. This included an eight-foot statue of President George H.W. Bush and a pair of life-size American bald eagles statues. Recently, his statue of a “young Neil Armstrong” was unveiled at Purdue University, in front of a new engineering building named in Mr. Armstrong’s honor.

In 2009, Fagan completed a 7ft bronze sculpture of President Ronald Reagan, which stands in the Rotunda of the United States Capitol in Washington, DC. This ability to seamlessly combine his artistic gifts with his knowledge of history has led to other high-profile commissions, including the official White House Portrait of First Lady, Barbara Bush, unveiled in January 2005, and the portrait of Speaker Thomas Foley, which hangs in the Capitol.

Recent portraits include Nobel Peace Prize winner Dr. Norman Borlaug, Secretary Don Evans, and former U.S. Attorney General and Pennsylvania Governor Dick Thornburgh. In the weeks prior to Inauguration Day 2009, Fagan created a new painting for his complete set of oil portraits of all the Presidents which now tours the country for the White House Historical Association and C-SPAN.