Pennsylvania-born lithographer Charles Fenderich was famous for his portrait prints of the great political leaders of his time. His lithographs drew the attention of the public that Fenderich published his portraits in a series of portfolios subscription that could be purchased. In an era when photography was still in its infancy, prints like Fenderich’s served as a primary means of conveying the likenesses of prominent public figures to a large audience. 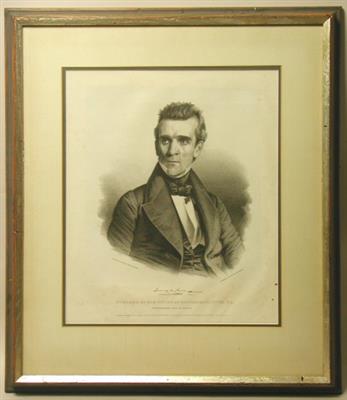