Caroline Guignard studied art in the Columbia schools before going on to New Yrok City for three years, where she studied with Robert Henri and Kenneth Hayes Miller at the New York School of Art. Among her fellow students were George Bellows, Edward Hopper and Rockwell Kent. Later she studied with William Merritt Chase in Florence, Italy. Her favorite subject matter was the landscape of her native state. Her work was shown extensively throughout the Southeast where she was an active participant in the exhibitions of the Southern States Art League. She showed on her own at the Gibbes Art Gallery in Charleston, South Carolina, the commercial Club of Deland, Florida, and the Columbia Library. She had several one-person exhibitions in New York City, among them her two shows at the Studio Guild and the Lounge Gallery of the 8th Street Playhouse. During the twenties, her work was also included in group exhibition at the National Academy of Design, New York. 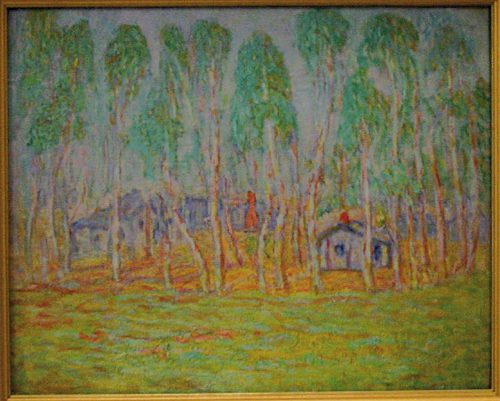