“I’m a modern Indian, up to date, brand new. My stone art is a gift passed down from warriors past and living,” wrote Bruce LaFountain in his artist statement. Raised in Turtle Mountain Reservation in Belcourt, ND, LaFountain learned about his Chippewa Heritage from his father. As a youth, he made his own dance bustles and danced in powwows. All that time, he was absorbing the symbols and ideas he later utilized in his sculpture.

The shapes LaFountain gives his sculptures evoke a feeling of lightness and movement, a soaring quality. He uses traditional Native American motifs like warriors, feathers, women in shawls and creatures of earth and sky, but recent work seems to be moving in a more abstract direction. His work has won numerous awards including an award from the Smithsonian Museum in Washington, DC in the Museum of American Indian Division and First Place Awards such as Best of Class, Best of Division and First Place Marble in SWAIA (Southwestern Association for Indian Arts) Santa Fe Indian Market. His sculptures are included in numerous public and private collections, including the Eiteljorg Museum of American Indian and Western Art in Indianapolis. 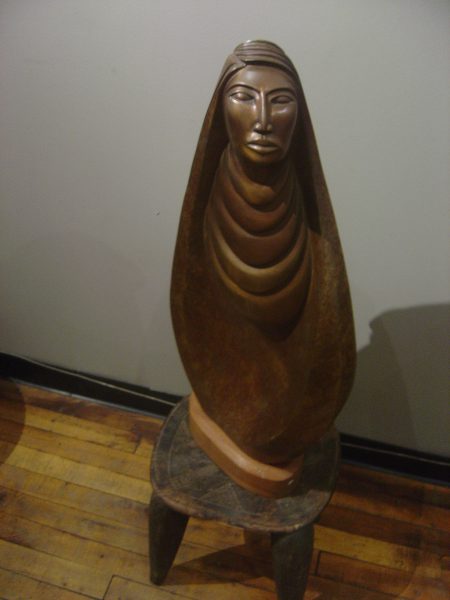