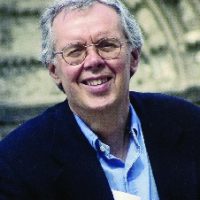 “I am working on three different series of work… Litanies, is a continuation of my desire to add non-traditional elements, such as diabetic test strips, stainless steel rods, or hand-made lace to traditional watercolors. I have also been adding text to my paintings in the manner of the ancient Chinese, as a means of enhancing the content of the work, as well as having the writing become an interesting visual element.
Normandy has inspired another series: Lanternes des Mort, or the lanterns of death. In Bayeux, I noticed an odd architectural structure that appeared to be a conical chimney having holes in its sides rather than at the top. I was told that in the medieval days if someone in Bayeux was very ill and in danger of dying, everyone in town would know. When they succumbed, a fire would be built in the structure and the smoke would signal to the town that the person had died. To me, it seemed somewhat like the Southern tradition of placing a white wreath of flowers on the front door when one of the family has passed away. In thinking back over the often tragic events in the history of Normandy, including the Viking raids, Joan of Arc, and the D-Day landings, I am reminded of the deaths of many.
My retirement from university teaching in August 2005 has inspired another series: Tie Tacks and Tie Bars I Have Known and Loved. In looking through my accumulations of forty-two years of teaching, I came across a box full of tie tacks and tie bars I had used while teaching in jr. high school. Each of them brought back memories of my first years of teaching, some good and some not-so-good. I could not just throw them away; so I am making small paintings of shirts and ties from the 1960’s that I would have worn, and am attaching my favorite tie tacks and tie bars to them. A companion series will follow: Tie Tacks and Tie Bars That Failed to Seduce Me, those tie tacks that I never wore.” 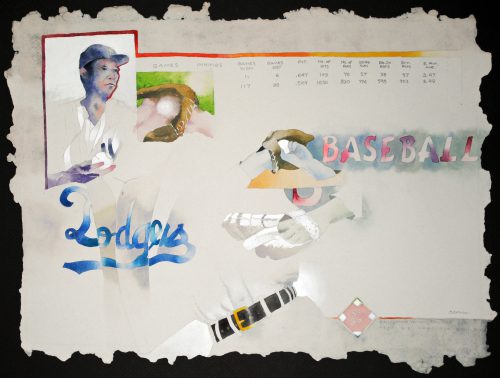 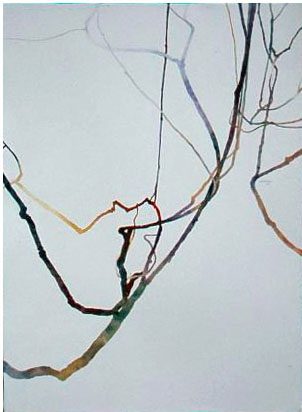 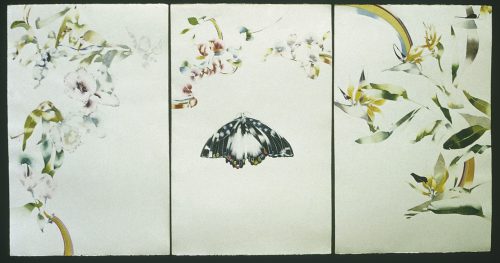 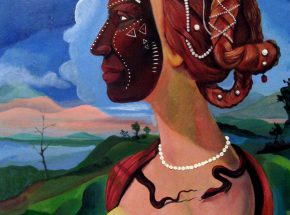 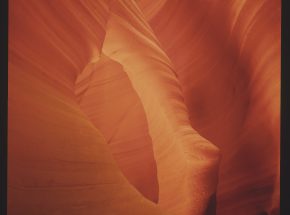