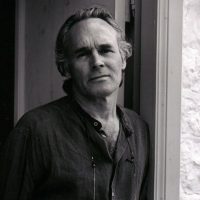 Brice Marden’s career spans more than 40 years. Early in his student days at Yale University in the sixties he started to challenge some of the principles of colour theory and Abstract Expressionism. He also became obsessed with the shape of the rectangle, proposing that this was one of man’s greatest inventions. Within a minimalist structure of rectangles he began to search for a very personal rendering of colour combinations that somehow reflected the very joy of painting. It was the jubilance of de Kooning combined with the cool intellectualism of Noland.

Starting with small paintings he soon found himself working up to a more monumental scale. In the ’70s he gained recognition for his luminous monochrome panels, at first in a subtle palette of greys and muted hues, then in brighter, richer colours and in ambitious multi canvas combinations.

He also started to experiment with different media. He became somewhat disillusioned with oil paint, which created surfaces that were too reflective for his liking. He started to combine wax with the oil paint. This had the effect of changing his colours to a low-key lustre and gave his paintings much more depth. It was as if he was creating a space for his colours.

For Pearl from 1970 is an example of this work. Here he has taken his medium-toned grey that he had been using habitually and crossed referenced it with two other mid-toned colours. This leads to a managed tonal effect throughout the painting without one colour dominating. Here we tend to consider the rectangular aspect of the canvas less as shape and more as space as we come to concentrate on the colours. We notice that the colours maintain their autonomy while contributing to the overall modulation of the work.
As Marden’s works evolved he started to move away from solid areas of colour to a more open and calligraphic style. Untitled #3, developed during the 1980’s is a good example. Here Marden is continuing with his preoccupation of placing colour in unique spatial combinations, but he was now drawing in space rather than painting in space as his marks become more gestural. What is still evident is his ability to make different colours look as if they really belong with one another, and more than ever he seems to be channelling the thinking of Mondrian. Marden seems to be finding sympathy with some of Mondrian’s earlier abstractions where the idea of the drawing is distilled into an objective space. Line now becomes paramount while various areas of transparency play with spatial concepts. 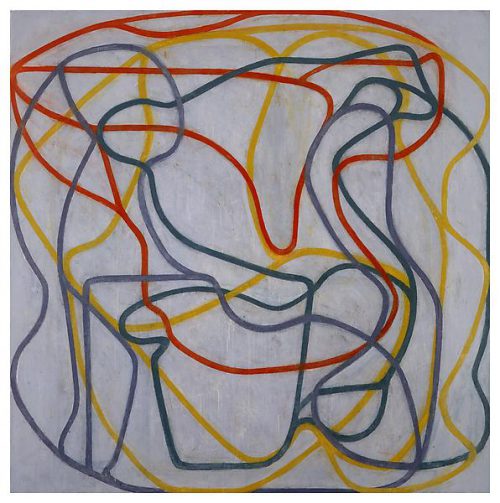 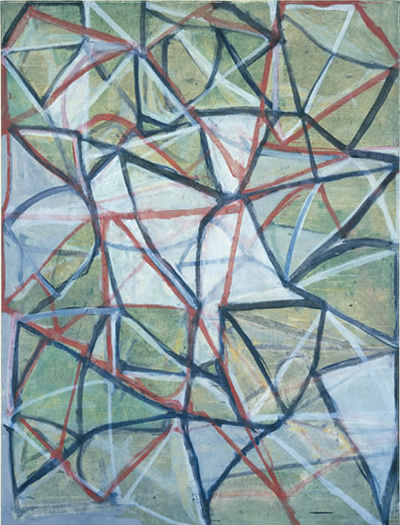 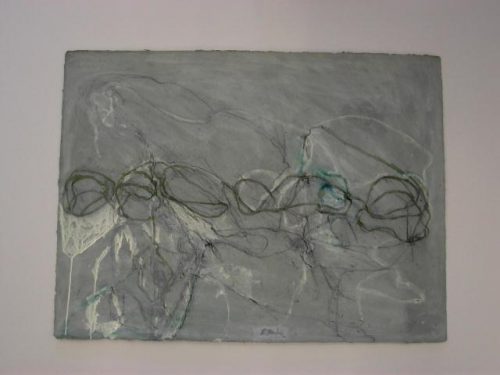