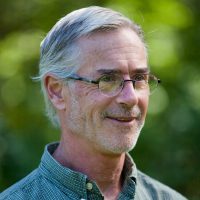 Brad McFadden, a Maine native, has been sketching and drawing since he was a youngster. For most of the past decade, he has painted full time at his home studio on Orr’s Island, concentrating in oils on various sizes of canvas or panel. His paintings feature ordinary glimpses of island life – the ocean viewed through yellowing lace in a summer cottage window, a solitary gull, the summer sun casting long shadows through pine onto granite – and also celebrate the vibrant nature of the local fishing community. He has painted untold numbers of punts, skiffs, boats, yachts, wharves, docks, lobster traps, and bait barrels.

In addition to painting, McFadden has worked extensively in the medium of exotic wood and has carved numerous realistic and interpretive bird sculptures. He has competed at various state, regional, and national art competitions, winning ribbons at the prestigious Ward Foundation World Competition in Ocean City, Maryland. In 2004, The American Egg Council selected McFadden to design and paint an egg representing the State of Maine for the White House Easter Egg Collection. He has traveled and painted in many locations beyond Orr’s Island, including the entire coast of Maine, the Eastern seaboard, the Bahamas, Europe, and the United Kingdom. McFadden’s work is held in private collections worldwide and has been included in numerous exhibitions in New York, Maine, and Massachusetts. 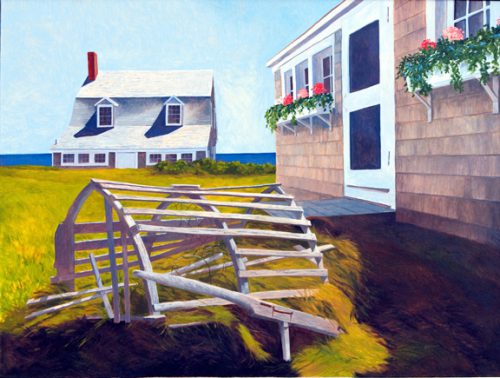 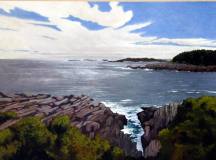