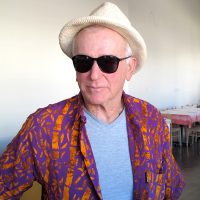 Billy Al Bengston (born June 7, 1934 in Dodge City, Kansas) is an American artist and sculptor who lives and works in Venice, California.

After seeing the work of Jasper Johns at the 1958 Venice Biennale he adopted the motif of a set of sergeant’s stripes. This recurring image was painted with industrial materials and techniques associated with the decoration of motorcycle tanks and surfboards. Bengston encouraged viewers in the early 1960s to associate his art with motorcycle subculture, for instance by straddling a bike on the cover of the catalogue for a 1961 show at Ferus Gallery. His interest in cars lead to Judy Chicago, one of his students, attending auto body school and using spray painting techniques. Thomas E. Crow draws attention to the deliberate contrast between Bengston’s flamboyant, competitive, aggressively masculine stance and a delicate, modest approach to his art. 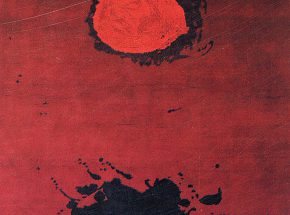