Benson Bond Moore, landscape and animal-portrait painter, and etcher, was born in Washington DC and lived there for seventy years. He became a noted painter of scenes of nature, and his style early in his career showed the Barbizon School influence but later became more Impressionist. Benson studied at the Linthicum Institute and at the Corcoran School of Art with Edmund Messer, Richard Brooke and Max Weyl, teachers who were part of the late-nineteenth century landscape school. In 1902, he began work with the Maurice Joyce Photo-Engraving Company in Washington D.C., and there he worked with Dr. Alexander Graham Bell by making drawings to develop hearing aids for the deaf.

From childhood, he had sketched animals, often at the National Zoo, and in later years he did over 3700 illustrations of animals in the newspaper, “The Evening Star’s” series entitled “Nature’s Children.” He also did numerous paintings for the Smithsonian that were reproduced in their “Scientific Series.” He also did much restoration work, including paintings by Thomas Moran and paintings in the rotunda of the Capitol building. 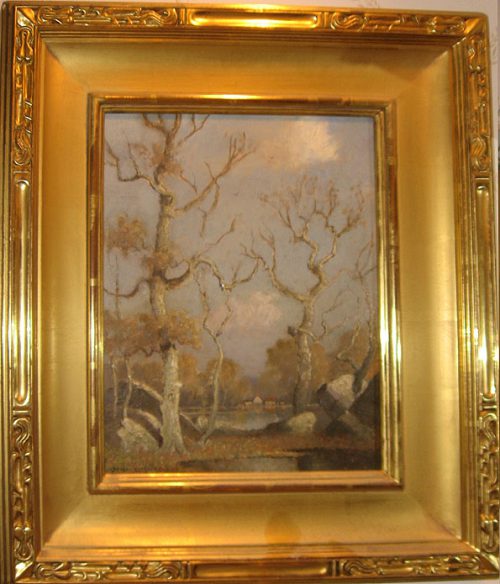